Forgive Us Our Trespasses

The world called Paul Pelton the 'Nightcrawler of Lorain' after police arrested him for videotaping a grisly crash scene and trying to sell the footage. It was a devastating story, except it wasn't true. 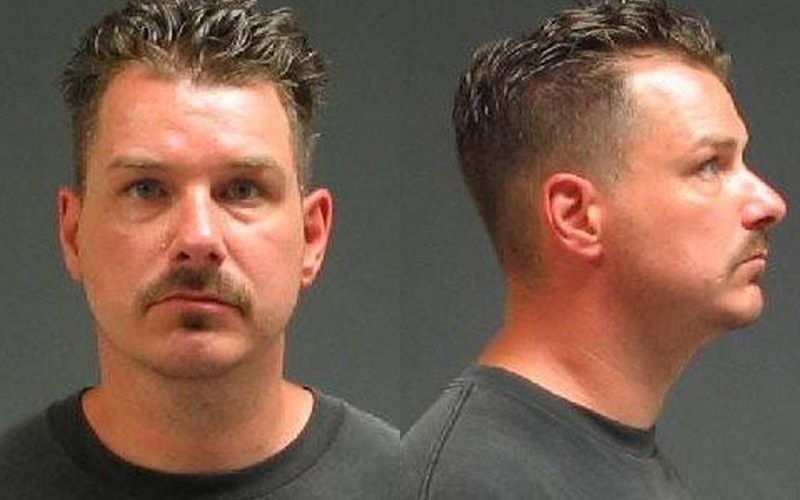 By the time this story is published, Paul Pelton's pretrial hearing will have wrapped up in Lorain County municipal court. The 41-year-old "Nightcrawler of Lorain" was arrested at his home and charged with vehicle trespass on July 15, two days after he'd filmed the grisly aftermath of a car crash on his street.

The crash was a late-night tire-screecher: Two teenage boys in a silver Honda sedan flew over the Kansas Avenue train tracks, driving at unknown but presumed to be unlawful speeds. The car pinballed off both a tree and a parked SUV before finally colliding with the corner of a house down the block. The passenger, Cameron Friend, a 17-year-old student at Lorain High School, was life-flighted to Cleveland's MetroHealth and died shortly thereafter. The driver, 17-year-old Zachary Goodin, was seriously injured and remains hospitalized.

The news media focused their coverage, and the public focused their scorn, on what they deemed the reprehensible behavior of Pelton, who posted his video of the crash scene to Facebook. But Pelton had focused his camera on the wreck itself and captured something that went entirely unnoticed (or untouched) by the media: the questionable treatment of the incapacitated Cameron Friend by Lorain Police.

By the time officers arrived, a dazed Goodin had already exited the vehicle by his own power. Friend was slumped over the center console, unconsciously snorting. Two officers repeatedly yanked at Friend, then cut the seat belt and pulled him clumsily out of the vehicle's passenger-side door. Friend's arms slipped through an officer's grip though, and he flopped to the ground. After a few moments, the officer dragged him out of frame by his wrists.

WARNING: Video shows police removing Friend from vehicle and may be disturbing to some viewers.


It's unknown whether or not police actions exacerbated Friend's injuries — the Cuyahoga County medical examiner's report is not yet complete, and when Scene questioned a spokesperson about the autopsy, he was unaware of Pelton's video — but it is clear that the boy was in medical crisis at the time of his removal.

"I don't profess to have expertise in the medical profession," Pelton's lawyer R.J. Budway told Scene, "but I didn't think that was an appropriate way to remove somebody who we know was fatally injured."

Lorain Police Sgt. Buddy Sivert later told Scene that police officers removed Cameron Friend from the vehicle themselves, instead of waiting for Fire or EMS responders, in part because they were worried about an explosion.

A Lorain police press release after Pelton's arrest chastised him for his inaction — "At no time did [Pelton] render assistance to the victims, or even attempt to comfort them," it read — but what it didn't mention, among other things, was that no one was rendering assistance to the boys, at least not medically speaking. In Pelton's video, a woman can be heard shouting, "We can't move him!" And later: "Don't move him! Don't move him!" about the injured Friend. Some of the neighbors concerned themselves with finding a hose to put out a small fire under the vehicle's crumpled hood, but most seemed to recognize that, given the shaky condition of the boys, trying to help would probably do more harm than good.

In general, the Kansas Avenue neighbors did what everyone does at scenes of late-night accidents: They clumped together in their PJs and shook their heads; they muttered prayers and curses under their breath; they took out their cell phones ...

Per Lorain Codified Ordinance 545.06(d), "no person may knowingly enter into or upon a motor vehicle without consent of the owner/driver or person authorized to give consent." It's a fourth-degree misdemeanor. The charge against Pelton hinges on the fact that, while filming the wreckage, he opened the sedan's back passenger-side door and "leaned in." Pelton explained to Scene that he was looking for additional hazards, "using my phone's light to assess the injured, clear the backseat, assess the wreck," and he did so with his 19-year-old daughter Corrin and another female neighbor by his side.

Given these circumstances and the contents of Pelton's video, attorney R.J. Budway told Scene that they'll take this case to trial if they have to.

"We have no intention of pleading to the charge," he said. "I don't think the police can prove the elements and I really don't believe the owners or operators of the vehicle will come forward and want to press this charge."

Pelton was portrayed, in local, national, and even international media reports as the worst kind of digital-age scumbag: a man who would "hawk footage" to local TV stations for personal gain; who would "coldhearted[ly]" and "repeatedly" call the drivers of the vehicle idiots; who would, "as neighbors worked to pull Goodin out of the burning vehicle," play the part of videographer. (All above quoted material is from the Daily Beast's July 16 story, titled "America's Worst Samaritan." All above quoted material is also untrue.)

The Lorain PD's public comments on Pelton — "We searched to try to find anything to charge him with," said Sgt. Buddy Sivert — echoed the sentiments of outraged Internet observers who felt that if Pelton wasn't guilty of vehicle trespass, he was certainly guilty of something. And maybe "vehicle trespass" could stand in for the indecency of his actions. The maximum $250 fine and 30 days in jail that the vehicle trespass charge carries (to say nothing of the $500 bond on which Pelton was held) was viewed by most appalled readers as way too lenient.

"To take that video and post it on Facebook, it shows you have no principles," Kansas Avenue neighbor Denise White told Channel 19 in a follow-up story. "It's disgusting."

Commenters on related posts in Cleveland, Washington D.C., New York City, England, Australia and elsewhere used much more hostile language to describe Pelton's behavior. And even though Pelton removed his video hours after he'd posted it, when he learned that Cameron Friend had died, he had to disable Facebook on his phone due to the torrent of friend requests and negative comments from people who were reading about him in the news.

But most of "the news" was written or curated, it's readily apparent, by journalists who had neither seen the video in question nor conducted interviews with the principal characters. Scene certainly jumped on the bandwagon in the early going. Most merely parroted quotes given to the Northeast Ohio Media Group and local TV stations, two of which (WEWS Channel 5 and WJW Channel 8) were eager to publicize the fact that they'd taken the high road by declining the video when Pelton offered it to them.

Other outlets were content to stoke the flames of revulsion by villainizing Pelton and drawing comparisons to the 2014 Jake Gyllenhaal thriller Nightcrawler.

Paul Pelton posted an apology on Facebook — "I didn't do that to have some type of gore video," he told NewsChannel 5  — and has urged his page's visitors to contribute to Cameron Friend's GoFundMe account, set up to help the family pay funeral costs. He also insists that his goal was never to make money on the video and that allegations relating to his interaction with local TV stations were not only exaggerated but were in fact backwards.

But it's a losing battle, in this day and age. Internet rage is both accelerant and flame, and now that the media has latched on to the narrative of Pelton-as-bad-guy, a narrative that the Lorain Police Department actively worked to promote, there's very little he can do to defend himself.

Pelton told Scene he has not only received vindictive reviews for his auto shop and violent death threats — e.g., "I'm throw [sic] hand grenade through your window and then film the aftermath as you beg for your pussy ass life while I rape any children you have and murder them" — he's lost close friends as well. He said he's more or less deactivated his online life, and that these days he's barely able to walk around Lorain without sunglasses on.

"I literally can't take much more hate, man," he said.