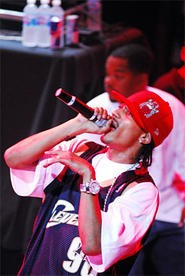 In Ohio, Brad Warner is best known as the bassist for Zero Defex (0DFX), an Akron punk band from the '80s. He has since traveled the world and become a Zen master (though he dislikes the term "master"). Sit Down and Shut Up is Warner's second and latest book about his punk-rock approach to the philosophy. In it, Warner returns to Ohio for a reunion show. Between scenes at the Lime Spider and the Beachland, he presents key points from The Shobogenzo, a landmark work by 13th-century Zen master Dogen.

"I started writing a book just about Dogen," explains Warner. "But it was kind of dry and philosophical. At the same time as I was writing the book, I was getting set for this reunion show. People usually compartmentalize things like that. The philosophy is over here, and the stuff they're doing is over there. I just put the two together."

Warner also ponders sex, monster movies, and healthy skepticism. He compares mainstream new-age spirituality to major-label music culture. Taking a no-frills approach to Zen instead, Warner says it cultivates a mind-body connection that most musicians are already familiar with.

"Zen is all about action in the present moment," he says. "If you're playing music, you have to be totally into what you're doing. But at the same time, you can't think about it too much. That's pretty much the same thing as when you're doing zazen meditation."

Warner teaches Zen in Santa Monica, California. He writes about it for the Hardcore Zen blog and pens a column on the Suicide Girls website. He has also finished a final cut of Cleveland's Screaming, his documentary about Northeast Ohio's '80s punk scene and his band's 2005 reunion concert of the same name. A deal for its DVD release has fallen through, but he hopes to have it out by year's end. Zero Defex's 1983 seven-inch debut, War Hero, has just been reissued by Tennessee's Get Revenge Records.

· Disengage returns with shows at the Lime Spider (207 South Main Street, Akron) on Friday, May 25 and the Grog Shop (2785 Euclid Heights Boulevard) on Sunday the 27th. "We decided to take some time off," says frontman Jason Byers. "We never had any intention of breaking up. We're currently writing and hope to do some more demo recordings."

· Paperback Writer: Novelist and indie-rocker Wred Fright will read from his rock and roll novel The Pornographic Flabbergasted Emus at Mac's Backs (1820 Coventry Road, Cleveland Heights) at 7 p.m. Thursday, May 24.

· Visit www.clevescene.com/blogs for online exclusives, including a Difficult interview, the live debut of a Ramones cover band from members of the Subtones, and more about the ex-Doors' Riders on the Storm show.