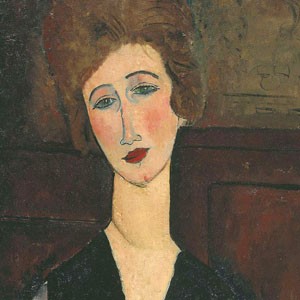 A century’s worth of masterpieces make their homecoming in Impressionist and Modern Masters From the Cleveland Museum of Art, now on view at the venue. The traveling showcase -- which has been on the road for the past 17 months, during the museum’s renovation -- features 144 works from the CMA’s collection of 19th- and 20th-century European art. The exhibit includes everything from Monet’s pastel portraits to Dali’s surrealist dreamscapes. “[The collection] is a roving ambassador,” says curator William Robinson. “Not just for the museum, but also for Cleveland.”

The show contains paintings, sculptures, and sketches by some of the planet’s greatest dead artists. More than a half-million people viewed the works during their Seoul, Tokyo, and Beijing stops. The local exhibit features a slightly different setup, spotlighting a few of the larger and more fragile pieces that didn’t go on tour. “You get to see them in a new context,” says Robinson. “I hope to reacquaint Clevelanders with the fact that we have one of the great modern collections.” www.clevelandart.org.
Tuesdays, Thursdays, Saturdays, Sundays, 10 a.m.-5 p.m.; Wednesdays, Fridays, 10 a.m.-9 p.m. Starts: Oct. 23. Continues through Jan. 13, 2007