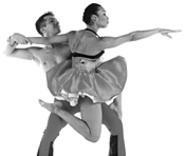 Beck Center's production of A Midsummer Night's Dream sets Shakespeare's classic romantic comedy in -- traditionalists, hold on -- ancient Greece. "It was a time when magic seemed possible," explains director Jerrold Scott. "Also, many of the characters and references in the play are taken from this time period." The tale of lovers and fairies has survived transformation into a musical and a ballet, as well as a lame recent film starring Kevin Kline, so we'll trust Scott on this. A Midsummer Night's Dream runs through March 9 at Beck Center, 17801 Detroit Avenue in Lakewood. Show times are 8 p.m. Thursday through Saturday and 3 p.m. Sunday. Tickets range from $10 to $19, available by calling 216-521-2540.

Cradle 2 the Grave, opening today, uses the same components as the sleeper hit Exit Wounds: Director Andrzej Bartkowiak, producer Joel Silver, and rapper DMX are all back. But thankfully, pudgy martial arts guy Steven Seagal is nowhere to be seen in this story of a cop helping thug DMX find his kidnapped daughter. It sounds like standard stuff, but with the nimble Jet Li in the role of the "Taiwanese intelligence officer," it's sure to be all about the fine art of kicking ass (you don't go into a Bartkowiak/Silver/DMX/Li movie expecting anything else). And without Seagal lumbering around, Cradle 2 the Grave is sure to be more energized than Exit Wounds. (See Film for review.)

David Hansen's new one-man show, I Hate This, deals with the death of his unborn son, who was stillborn seven and a half months into his wife's pregnancy. Geez, Dave, sounds a bit depressing. "I'm trying to avoid the word uplifting, but it is uplifting," he says. "It's the process of my incorporating this tragedy into my life. That's what we do with tragedy. The ending is not sorrowful, it's hopeful." Hansen assumes several characters in the minimalist production, which "is not a self-pitying show," he reassures us. "This play embraces the experience. My wife and I work very hard not to simply dismiss this part of our life. [We work] to not forget -- not forget him and not forget the promise of him." There is a happy postscript to this: Hansen became a first-time father a month ago. I Hate This is part of the Big [Box] series at Cleveland Public Theatre, 6415 Detroit Avenue. It runs at 8 tonight and tomorrow, and at 3 p.m. Sunday. Tickets are $10. Call 216-631-2727 for more info.

For the second of its three-part winter dance series, 2003 Dance Spectacular, the Tri-C Center for Arts & Culture has recruited the wonderful Cleo Parker Robinson Dance Company. Not only is One Nation Under a Groove a striking piece of narrative dance theater; it also makes a fitting cap to Black History Month. Recounted by Robinson, Groove traces African American migration though the ages -- from Africa, from the South, and from one spirit to another. And Stevie Wonder's songs are the bridges that link the journey. It takes place at 8 p.m. at the Ohio Theatre, 1519 Euclid Avenue. Tickets are $22 and $32, available by calling 216-241-6000.

It's a fact: The Cavaliers are the absolute worst team in the NBA. But we've found a fun way to pass the time at Cavs games these days: We think about how the action on the floor would look different if LeBron James were sporting a Cavs uniform. Of course, that means the rest of the season (seven very, very, very long weeks remain) is gonna amount to a whole lotta daydreaming. So it's great news that today's game against the Orlando Magic brings super-scorer Tracy McGrady to town. The 22-year-old All-Star guard is quickly becoming one of basketball's top players. Game time is 1 p.m. at Gund Arena, 100 Gateway Plaza. Tickets range from $10 to $75; call 216-241-5555.

Woo-hoo!!! Break out the party hats and pass the Courvoisier -- it's time to celebrate Johann Sebastian Bach's birthday! In reality, the actual anniversary is a few weeks away, but seeing that the German composer has been dead for 250 years, we don't think he'd mind an early salute. Especially since the Covenant Choir's Bach's Birthday Concert happening tonight features performances of Cantata 51, "Jauchzet Gott," and Motet VI, "Lobet den Herrn." And organ chorale preludes. And birthday cake! Best part: You don't even have to bring a gift (he's dead!) or pay a cover, because it's free. It takes place at 8 at the Church of the Covenant, 11205 Euclid Avenue. Call 216-421-0482 for more information.

If you haven't had the opportunity to see Rodin: A Magnificent Obsession: Sculpture From the Iris and B. Gerald Cantor Foundation, do yourself a favor and get thee to the Akron Art Museum. Included among the artist's 70 sculptures and drawings on display are many of the most well-known and best works of the modern era. "The Thinker," "The Kiss," and "The Age of Bronze" are all here, as are a couple of seven-foot pieces. Most impressive, however, are the 16 works created for the "Gates of Hell" series, collected and displayed together. This is no small feat. It took Auguste Rodin more than 20 years to complete "The Gates," and it was displayed only once during his lifetime. Monumental and ambitious, it's the centerpiece of this splendid exhibition. Rodin: A Magnificent Obsession runs through May 18 at the Akron Art Museum, 70 East Market Street in Akron. It's open 11 a.m. to 5 p.m. daily. Admission is free. Call 330-376-9185 for more information.

With a sold-out debut last October and an ambitious second program taking place tonight, Red {an Orchestra} is becoming one of the city's hot tickets. Celluloid Copland features the film and ballet music of prototypical American composer Aaron Copland. "I feel very strongly that this music needs to be heard, especially now," says artistic director and conductor Jonathan Sheffer. "We're forced to think about what it means to be American." Included in the program is a suite Copland composed for a short film promoting the 1939 World's Fair, complete with a screening of the flick. "Cleveland seems to have embraced the idea of something new, which I'm excited about," says Sheffer. It happens at 7:30 p.m. at the Masonic Auditorium, 3615 Euclid Avenue. Tickets range from $15 to $50, available by calling 440-519-1733.