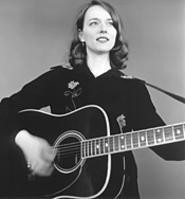 Its title -- Charles Isaacs and Carol Nigro Collection of American Photography -- is a bit on the clunky side, but the Cleveland Museum of Art's exhibit of 22 pics from 1850 to 1911 is filled with clutter-free images from our country's past. "It shows the importance of photography in the developing years of American life," says Tom Hinson, the museum's photography curator. "It's a catalog of the archaeological, mineral, and visual wonders of the American land. It's an iconic example of some of the most important photographers in the mid-19th century." The landscape-heavy exhibit is at the art museum (11150 East Boulevard) through September 10. It's open 10 a.m. to 5 p.m. Tuesday through Sunday (closed Monday). Admission is free; call 216-421-7340.

Every year for the past decade, Reverend David Bahr hoists himself to the top of the Archwood United Church of Christ for a Steeple Vigil. This year, there's more for visitors to do than watch the crazy guy 85 feet up in the air. Rummage and bake sales will take place at the church during Bahr's stay (he won't come down till 10,000 pounds of food are collected on the church's steps for the neighboring Brookside Hunger Center), and on Saturday, Archwood Avenue will participate in a huge community yard sale. "We hope . . . that, on Sunday morning, we can worship in the sanctuary," Bahr says. "Not on the sidewalk, looking up at the pastor preaching from the steeple." Amen. Bahr's Steeple Vigil begins at 5 today. Archwood United Church of Christ is at 2800 Archwood Avenue. Call 216-351-1060 for more information.

Laura Cantrell spins Americana records on a New York City radio station, where she's obviously picked up much from the masters. On her second album, When the Roses Bloom Again, the Nashville native sounds like an old-time country chanteuse, comfortably perched on the edge of contemporary roots music. Her thick, sweet voice swims in the songs (which range from originals to the title tune, an outtake from the Wilco/Billy Bragg Mermaid Avenue sessions); the accompanying pedal and steel guitars, fiddles, and mandolin ring with authenticity. Think Lucinda Williams, without the ache, and you've got a good idea where Cantrell is coming from. She's on tour with the superfine Shramms, who also serve as her backing band. They're at the Beachland Tavern (15711 Waterloo Road) at 9 p.m. Tickets are $8. For more information, call 216-383-1124.

The Brigadoon Celtic Festival is about more than just celebrating Celtic traditions. It's also about the ability to throw very, very heavy things really, really far: The caber toss, the sheaf toss, the hammer toss, and other manly displays of strength will take place at the annual "Gathering of the Clans," as the fest has come to be known. Food from the British isles will be served up, along with traditional music in the form of Scottish harp and fiddle lessons, the Highland Dancers, and the Geauga Highlanders Pipes & Drums. Clan tents throughout the grounds offer information on family histories, and the fest concludes with a Ceilidh at 7 p.m. It all starts at 10 a.m. at Century Village Museum (at the intersection of State Routes 87 and 168 in Burton). Admission is $3 to $5. Call 440-834-1492 for more information.

The Art of It All, Puritas Park's annual arts festival, believes in passing on its legacy. That's why hands-on art stations, where kids can create their own mini-masterpieces with the help of local artists, are set up throughout the neighborhood. Meanwhile, Mom and Dad can scope out the artists' exhibits and food stands set up by local restaurants. Live bluegrass, gospel, and rock music will be performed all day, along with storytelling for tykes. It takes place from noon to 6 p.m. on Puritas Avenue between West 140th and West 143rd Streets. Admission is free; call 216-671-2710.

Cinderella kicks off Ohio Dance Theatre's summer season in a few weeks, but before that, Cinderella herself, one of her stepsisters, and a couple of fairies are coming to Borders in Westlake for a Children's Music, Dance, and Story Event. They'll show off ballet moves from the upcoming production, tell a story or two, and answer questions. It takes place at 10:30 a.m. at Borders Books and Music, 30121 Detroit Road in Westlake. Admission is free; call 440-892-7667.

Just 4 Fun, currently showing at 1300, lives up to its name. Whether it's a chrome-domed kid skating away on his wheeled hands, a big monkey head surrounded by four laughing caricatures, or a playful bunny hopping into flight, the quartet of artists (Lauren Bair, Mike Burnett, Jay Croft, and David Williams) aren't relaying any deep messages on the surface of their work. Of course, the subversive nature comes through, once you dig a little deeper: Williams's pop-art expressionism, for example, cuts into power games played amid contexts of sex, class, and race. The exterior, however, is breezy bliss. Just 4 Fun is at 1300 (1300 West 78th Street) through June 13. It's open noon to 7 p.m. Tuesday through Saturday. Admission is free. For more information, call 216-939-1300.

Strawberries may not be the world's most versatile fruit (that honor goes to the apple), but the Kirtland Kiwanis Annual Strawberry Festival sure does make the most of them. In addition to the steadfast strawberry shortcake, the next five days will be filled with strawberry sundaes, supremes, pies, and chocolate-covered berries, as well as rides, a flea market, indoor and outdoor crafts, DJs, live music, a pie-baking competition, a parade, raffles, and a Miss Kirtland contest. But the spirit of the 43rd annual event might be best exemplified by the numerous eating contests taking place: A cash prize will be awarded to the person who crams down the most strawberry shortcake. The Kirtland Kiwanis Annual Strawberry Festival takes place through June 15 at Kirtland High School (9150 Chillicothe Road in Kirtland). It's open 6 to 11 p.m. tonight. Admission is free. For more information, call 440-256-1181.