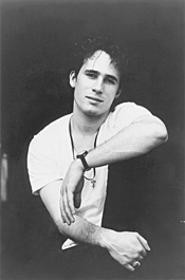 Michael Winslow has made a career of funny noises. He discharged a series of whoops, swishes, and kablooms as Sergeant Larvell Jones in seven (!) Police Academy movies. He provided sound effects in Gremlins. He even played Jimi Hendrix (and his guitar) on an episode of The Drew Carey Show. These days, the one-man noisemaker makes his living as a stand-up comedian, relying heavily on the sounds that come out of his mouth (he still does a pretty mean plane-flying-overhead and computer-shutting-down). Winslow's at the Improv (2000 Sycamore Street) at 8 tonight, 8 and 10:15 p.m. tomorrow, 7:15 and 9:30 p.m. Saturday, and 8 p.m. Sunday. Tickets range from $10 to $16. Call 216-696-4677 for more information.

Golf is hard enough, without the absence of light factoring into the game. But Cleveland Metroparks' Moonlight Golf at least offers some assists: glowing balls and lighted tees and holes, among them. And it's only nine holes, which should keep lost Nitelite balls to a minimum. Moonlight Golf starts at 9:15 p.m. at Mastick Woods Golf Course (19900 Puritas Road in Rocky River Reservation). Greens fee, which also includes the balls, is $18 (advance registration is required); call 216-267-5626 for more information.

For a guy who released only one album during his lifetime, Jeff Buckley has harvested quite a cult following. Today's Jeff Buckley Fan Gathering pays tribute to the sensitive singer-songwriter, who drowned in 1997. It starts at 10:15 a.m. at the Rock and Roll Hall of Fame and Museum, which is screening Buckley's Live in Chicago DVD and holding a listening party for the upcoming expanded reissue of the Live at Sin-é EP. (For those keeping score, this now brings the tally of posthumous Buckley releases -- including leftover studio tracks and live material -- to five.) There's also a Buckley exhibit (featuring clothes, writings, and instruments). Festivities move to the Grog Shop at 7 p.m. for a tribute concert, where more than 25 artists will cover the Buckley oeuvre -- which basically amounts to the 10 songs from 1994's Grace. Admission to the Rock Hall (1 Key Plaza) is $11 to $18; Grog Shop (2785 Euclid Heights Boulevard in Cleveland Heights) tickets are $10. Visit www.jeffbuckley.com, or call the Rock Hall (216-515-1930) or the Grog Shop (216-321-5588) for more information.

An Evening of Puppetry and Poetry is an intriguing idea, but puppeteer and co-organizer Jennifer Stoessner clarifies it. "The poems are a separate entity from the puppets," she says. "It's a night to expose people to puppetry as an art form and puppetry for adults. And there will be some poets doing a poetry slam." So, while dreams of puppets freestyling rhymes about masturbation and Jennifer Garner may be quashed, Stoessner offers a morsel of hope. "A couple [puppet] pieces are based around poems," she says. "In one of my pieces, I'm reading a poem at the same time the puppet acts out the spirit of the words." An Evening of Puppetry and Poetry takes place at Venuu Off-Coventry (2728 Lancashire Road in Cleveland Heights) at 8 p.m. Admission is $8. Call 216-932-1898 for more information.

Ohio Dance Theatre's Back Beat incorporates the music of jazz legends Billie Holiday, Benny Goodman, and Glenn Miller into a show that's equal parts big-band revue and sophisticated dance performance. A live band breezes through Goodman's and Miller's swing catalogs, as well as several of Gershwin's plaintive piano sonatas. The dancers, meanwhile, kick up their heels like it's 1942. Back Beat wraps up its weekend run at the Cleveland Play House's Bolton Theatre (8500 Euclid Avenue) with a 2 p.m. performance (it also plays at 7 p.m. Friday and 2 and 7 p.m. Saturday). Tickets range from $14 to $33, available by calling 216-795-7000.

There are only a few days left to see the Clarence Van Duzer exhibit on display at Michael Wolf Fine Arts. The eightysomething painter is one of the city's most treasured artists. "You can see the evolution of the American art movement in his work," explains curator Michael Wolf. "It's rare to see one person's work take you through all the different decades." From abstract portraits to stately bullfighting scenes to mass-produced modern prints, Van Duzer's work reveals a man restless in both life and art. The exhibit is up through July 25 at Michael Wolf Fine Arts (1667 East 40th Street). Hours are 11 a.m. to 5 p.m. Monday through Friday. Admission is free. Call 216-650-0970 for more information.

The Summit County Fair kicks off today, and with it come plenty of carnival rides, funnel cakes, and chances to win a SpongeBob SquarePants plush figure by tossing a ping-pong ball into a fishbowl. Good stuff. Live country, pop, and rock music will play throughout the five days. Best, however, are the tractor pulls and demolition derbies, because nothing signals fair season like superhuge vehicles dragging heavy things through the mud and beat-up old cars smashing the hell out of each other. The Summit County Fairgrounds are at 229 East Howe Road in Tallmadge. The fair runs 8 a.m. to 11 p.m. today through Thursday, July 24; 8 a.m. to midnight Friday, July 25, and Saturday, July 26; and 8 a.m. to 10 p.m. Sunday, July 27. Admission is $3 to $7. Call 330-633-6200 for more information.

Today's Summer Celebration! at Cuyahoga Valley National Park is centered on a performance by roots-music purveyors Clear Fork. But the lawn games and other family activities truly tap into the spirit of the season; there's also arts, crafts, and little-kid stuff, as well as picnic dinners for less than $10. Summer Celebration! takes place 5:30 to 8:30 p.m. at Cuyahoga Valley National Park's Ledges Shelter (on Truxell Road, east of Akron-Peninsula Road in Boston Township). Admission is free. Call 216-524-1497 for more information.