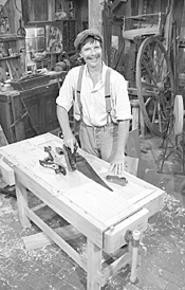 It's an old argument: Which was better, the book or the movie? The new Book-to-Movie Book Club at Borders brings the dispute to a group discussion tonight. And you needn't be familiar with both the print and screen versions; one or the other will do. This week's inaugural topic is a good one -- Nick Hornby's High Fidelity. And while the 2000 John Cusack film is a winner, the 1996 novel gets the edge here -- if only for the scene where Hornby's hero establishes his first opinion of a couple by scanning their record collection. The debate rages at 6:30 p.m. at Borders, 6025 Kruse Drive in Solon. It's free; call 440-542-9480.

The Cleveland Cinematheque's Global Lens series includes 10 films from "the developing world." That means Tajikistan, Brazil, and Iran are all represented, in movies ranging from melodramas and thrillers to slapstick comedies and arty stuff that looks real pretty. Tonight, Algeria's Rachida, about a teacher and local terrorists, screens at 7, and Khorma -- a Tunisian comedy about a village idiot -- plays at 9 at the Cinematheque, 11141 East Boulevard. Admission is $8, or $12 for both flicks; call 216-421-7450.

Ever wanted to build your own church? The Make It Myself! Expo gets you started by offering stained-glass workshops this weekend. The do-it-yourself/craftmaking fest also features classes on one-stroke painting, découpage -- even piano playing. Experts from Ireland, Dallas, and Strongsville will be there. So will Roy Underhill, host of PBS's The Woodwright's Shop and owner of one sweet mustache. It all runs in conjunction with the Akron/Canton Home & Flower Show. The expo starts at 9 a.m. today, tomorrow, and Sunday at the John S. Knight Center, 77 East Main Street in Akron. Admission to the home and flower show and consumer expo is $7; workshop fees range from $35 to $250, and reservations are required. Call 800-554-4549 for more information.

Charenton Theater Company delights in staging its productions in unlikely places. The troupe is performing, for free, Glengarry Glen Ross, David Mamet's tale of harried and ruthless salesmen, at four different locations over four weekends. It's at the Lesbian Gay Community Center (6600 Detroit Avenue) at 8 tonight and tomorrow (call 216-781-9987 for other venues and times). For a lighter take on the subject, check out Bad Epitaph Theater Company's hairstylist parody, Gwen Hairy Gwen Gloss, happening at Zen Salon and Spa (2817 Lorain Avenue). Show times are 11 p.m. Friday and Saturday through March 6. Tickets are $10; visit www.badepitaph.org for more information. Reviews of both shows can be found in Stage.

Ten bucks doesn't get what it used to, but tonight it gets you an open bar and then some: Art-y Gras, a celebration presented by Arts Collinwood, features live music, dancing, food, a costume contest, raffle, and artwork on view and for sale. There's also that glorious open bar -- all for $10. The party starts at 8 p.m. at the Bratenahl Community Center, 10300 Brighton Road in Bratenahl. Call 216-383-9468 for more information.

It's been 10 months since the Yeah Yeah Yeahs released their first full-length record, Fever to Tell, and they're finally getting some MTV airplay. (The terrific single "Maps" has even been deemed "buzzworthy.") Live, the trio -- led by fiery singer Karen O -- bludgeons instruments and audiences with feedback and fervor. They're at the Beachland Ballroom (15711 Waterloo Road) at 9 tonight. Tickets are $14; call 216-383-1124.

The Ohio Independent Film Festival traditionally sponsors well-meaning events that are attended mostly by sympathetic friends and family. Such is the cruel nature of the indie-film world. But all that changes tonight at its Oscar Night America Party. "For once, we're doing something popular," jokes OIFF's Bernadette Gillota. "It's a nice change for us." Of course, there'll still be plenty of movie talk, served up with appetizers, wine, and a big screen tuned to the Academy Awards. Cheer on the Hobbits beginning at 7 at the Tower Press Building, 1900 Superior Avenue. Tickets are $25, available by calling 216-651-7315.

The Museum of Contemporary Art has opened its first Sky Lounge exhibit, Small Monuments. The group show gathers the work of five regional artists who explore public memorials, arenas, and towers through the ages. Small Monuments is at MOCA (8501 Carnegie Avenue) through May 23. It's open from 11 a.m. to 6 p.m. Tuesday though Sunday. Admission is $3 and $4; call 216-421-8671.

Jackie-O Motherfucker doesn't really make music -- at least not music as most people know it. The Portland, Oregon collective usually just turns on the machines in the studio and lets inspiration rip. Of course, this has made for some frustratingly impenetrable works. It's also yielded some hauntingly free-flowing rock that brings together guitars, turntables, voices, and various percussion instruments in ways that are best experienced live. See for yourself at the Grog Shop (2785 Euclid Heights Boulevard in Cleveland Heights) at 9 tonight. Tickets are $8; call 216-241-5555.