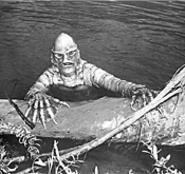 Thursday, March 25 In this age of preening, over-emotive divas, singer-songwriter Josh Ritter is a welcome respite. Decorating his songs with low-key vocals and tastefully spare arrangements, the 26-year-old Idaho native is an old-fashioned storyteller who makes music for deep consideration. This isn't stuff you put on when you're getting dressed for work or making dinner. Like Norah Jones and other earnest coffeehouse troubadours, Ritter makes you pay attention to his talk of regrets, taking chances, and unrequited love -- even when he brings it down to a whisper. His second album, Hello Starling, is meditative, musical, and steeped in splendor. He's at the Beachland Tavern (15711 Waterloo Road) at 8:30 tonight. Willy Mason opens. Tickets are $10. Call 216-383-1124 for more information.

Today's the last day of the library's Spring Used Book Sale, and you know what that means: Bags of books are going for only $3! There's oversized art sets, historical stuff, reference materials, recipe collections, romance novels, chick lit, kid lit, mysteries, and maybe even some old Garfield collections. Cram as many of 'em as you can into a bag, and get ready to be an antisocial geek for the next few months. It happens from 9 a.m. to 3 p.m. at the lower lobby of the Louis Stokes Wing of the Cleveland Public Library, 325 Superior Avenue. Admission is free; call 216-623-2869.

Back in the day, 3-D movies were all the rage. Folks lined up for hours to have spears chucked at them, rhinoceroses charge them, and monsters stalk them. Fact is, though, most 3-D movies sucked, and the technology wasn't good either -- the thrills rarely made up for the cumbersome task of wearing paper glasses for 90 minutes. But The Creature From the Black Lagoon was a winner. The creepy 1954 classic -- in which an aquatic beast terrorizes a group of archaeologists on the Amazon -- is being screened in a brand-new print at the Cinematheque (11141 East Boulevard) this weekend. And it's in 3-D! Free paper glasses are provided. It's at 9:35 tonight and 7:30 p.m. tomorrow. Admission is $8, $5 for kids under 12; call 216-421-7450.

It's the battle of the BET comics tonight, with the One Hook Comedy Show at the Robin's Nest facing off against the Crown Royal Comedy Fest (see "All Smiley," right). In one corner is a disgruntled vet on a big stage; in the other is Kool Aid -- not the pitcher-shaped soft-drink mascot, but the rotund comedian -- who headlines the Nest gig, along with Kennetta Presley, Kizzy Kane, Rob Alexander, and others. DJs spin between acts, and the cameras will be rolling for an upcoming episode of BET's comedy showcase, Comic View, which we're pretty sure Rickey Smiley won't be watching. The laughs start at 10 p.m. at the Robin's Nest, 4059 St. Clair Avenue. Tickets are $10; call 216-906-5735.

Alas, today's Masterpieces in Mud program at the history museum has nothing to do with Russ Meyer's big-breasted-ladies movie Mudhoney or the Seattle grunge band of the same name. It does involve an authentic dirt-and-water mixture that, hopefully, will result in a homemade mud cloth for the kids. They're pattern-filled cuts of fabric that can be displayed or worn -- just like the trendy Bamana people of central Mali do! Grab the little ones and get your hands dirty from 1 to 3 p.m. at the Cleveland Museum of Natural History, 1 Wade Oval Drive. Admission is $12. Call 216-231-4600 to register.

Stacy Sims isn't sure she's as hopeful as Lucy, the heroine of her debut novel, Swimming Naked. The story is about a 30-year-old art curator who goes to Florida to take care of her dying mother. "It wasn't pretty getting here," she admits. "I've learned to live a life where I'm not so hard on myself and other people. I'm now in a very optimistic place, but I also know what it means to walk around in very challenging conditions." In that way, she's like Lucy, who learns to love and be more compassionate. "Things that happen to Lucy did not happen to me," clarifies Sims, a recovering alcoholic. "But it's territory I understand. It's emotionally autobiographical. I understand living a messy life." Sims talks about and signs Swimming Naked at 7 tonight at Joseph-Beth Booksellers, 24519 Cedar Road in Lyndhurst. Admission is free. Call 216-691-7000 for more info.

Marilyn Monroe made a splash in the 1956 movie Bus Stop, William Inge's comedy about a rodeo cowboy and a nightclub singer. But that was 48 years ago. "It still has some value to it," assures Ron Wilson, who's directing Cleveland Play House's production opening tonight. After all, mismatched lovers who learn a lesson in acceptance never go out of style. The show is part of Case Western Reserve's Spotlight Series, which features actors from a student program. "These aren't novices," Wilson says. "They all have a lot of [experience] going into this. And this is a great show for character study." Bus Stop is at the Play House's Brooks Theatre (8500 Euclid Avenue) through April 8. Show times are 8 p.m. Wednesday through Friday, 4 and 8 p.m. Saturday, and 2 p.m. Sunday. Tickets are $10, available by calling 216-795-7000.