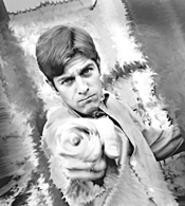 While we usually prefer to be aurally assaulted by six channels of super surround sound when we watch movies, there are times we make exceptions. Like tonight's free outdoor screening of Spider-Man 2, which launches the season's Movies Under the Stars program downtown (it's part of the Meet Me on the Mall series of art events, live music, and other outside events happening all summer). Last year's web-slinging sequel is not only the best comic-book flick ever (sorry, Batman Begins), it's also a good one to watch with hundreds of other clapping, cheering webheads on a hot summer night. Show time is 9 p.m. on the lawn of Mall B (next to City Hall, off Lakeside Avenue); call 216-696-2122.

Another exemption to our film-watching regimen (see Thursday) is Cleveland Metroparks' Dive-In Movie series, where we can jump into a pool and watch a flick while floating on a giant rubber inner tube. Tonight's family-friendly showing, Shark Tale, is appropriate, since it's set, you know, in the water. You can't bring your own flotation device, but you can rent one. Or you can just watch the film from the lawn. Kids must be at least eight years old to view from the pool. Get wet at 8:30 p.m. at Ledge Pool & Recreation Area, 1151 Ledge Road in Hinckley Township. Admission is free; inner tubes cost $3 (for a single) and $5 (for a double) to rent. Call 330-239-2911 to reserve one.

Or if you prefer viewing movies dry, the Cinematheque is showing My Mother's Smile, an often surreal Italian film about an atheist's late mother who's been nominated by the church for sainthood. Morality, theology, and paranoia collide when the protagonist embarks on a tentative affair with his son's religion teacher, visits his hospitalized brother (who may or may not have killed their mother while on drugs), and inadvertently offends a count, who promptly challenges him to an old-fashioned duel with swords at dawn. My Mother's Smile is at the Cleveland Cinematheque (11141 East Boulevard) at 7 tonight and 9:05 p.m. tomorrow. Admission is $8. Call 216-421-7450 for more information.

Nothing puts us in an island mood -- even when we're landlocked -- better than a steel pan. One of the finest steel-pan players, Andy Narell, brings his quartet Sakésho to town tonight. Its latest album, We Want You to Say . . . includes songs with titles like "Bwa Moudong" and "Ewa Belia." We have no idea what they mean, but we're going tropical anyway. Show times are 7 and 9 p.m. at Nighttown, 12387 Cedar Road in Cleveland Heights. Tickets are $30; call 216-795-0550.

On the new Sadie Mae, Chicago bluesmakers Nick Moss & the Flip Tops' main draw is Moss, a fierce guitarist who rips through licks and riffs with hard-rock fervor and jam-band passion. They're at Fat Fish Blue (21 Prospect Avenue) at 9:30 p.m. Tickets are $5; call 216-875-6000.

Despite its downer of a premise (four handicapped men hang out together), The Boys Next Door is surprisingly funny. And not in a let's-laugh-at-and-exploit-these-guys kinda way; there are some genuinely comic scenes in Tom Griffin's play. Porthouse Theatre's production certainly doesn't skimp on the sentimental side of the script -- lessons are learned, and yes, handicaps are mere hurdles to be cleared -- but at least you won't walk away feeling wrist-slashingly sad or guilty for laughing at disabled folks. The Boys Next Door is at Porthouse Theatre (1145 West Steels Corners Road in Cuyahoga Falls) through July 23. Show times are 2 p.m. Sunday and 8 p.m. Tuesday through Saturday. Tickets range from $11 to $24; call 330-929-4416.

Initially, it doesn't seem like a very good fit. But tonight's Allman Brothers Band and Gavin DeGraw pairing makes sense, once you figure that one of the all-time greatest and busiest touring bands (the Allmans recently celebrated their 35th anniversary) shares a career path with the 28-year-old singer-songwriter/VH1 regular. DeGraw's debut, Chariot, has amassed quite a following in the two years since it was released. Most of it was through word-of-mouth plugs and relentless touring. The Allmans, who haven't had much radio play the past couple of decades, are still a significant concert draw. Bottom line: These are two artists that sizzle onstage. They're at Tower City Amphitheater (351 Canal Road) at 7 p.m. Tickets are $20 to $45; call 216-241-5555.

The Lizards are one of those bands that come with a rock-hard (and hard-rock) pedigree: Drummer Bobby Rondinelli's played with Black Sabbath and Rainbow, and singer Mike DiMeo did some time with veteran New York methalheads Riot. It's all part of a twisty family tree, whose branches stretch to many of the '70s' major players. And they shrewdly beat critics to the punch: "We are dinosaurs," they acknowledge on their latest album, Cold Blooded Kings. "We are proud." The Lizards open for UFO at House of Blues (308 Euclid Avenue) at 7:30 p.m. Tickets are $17.50 and $30, available by calling 216-241-5555.

It's been almost two months since Star Wars: Episode III -- Revenge of the Sith landed in theaters, and we still can't get enough Jedi action. What's a Wookiee-worshipping fanboy to do? Thank Yoda that Charles Ross is bringing his One Man Star Wars Trilogy to Playhouse Square this week. Ross -- the (Han) solo mastermind behind One Man Lord of the Rings -- plays all the characters, does all the sound effects, and generally tears through the first three films in a one-hour tour de Force. One Man Star Wars Trilogy is at the Hanna Theatre (2037 East 14th Street) through July 17. Show times are 7:30 p.m. tonight through Friday, 5 and 9 p.m. Saturday, and 3 and 7 p.m. Sunday. Tickets are $20; call 216-241-6000.