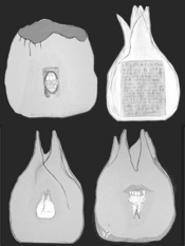 The Great Geauga County Fair has every right to thump its chest and insert a great in its title. You would, too, if you'd been around since 1823. In addition to rides, games, and every type of food you can put on a stick, Ohio's oldest fair features more than 1,500 exhibitors, truck pulls, hot-air balloons, sky divers, and farm animals. Rooster-crowing and frog-jumping contests pay homage to the fest's roots, but it's the coon-dog races that'll have you yee-hawing like a 19th-century yokel. The fair runs from 9 a.m. to midnight through Monday at the Geauga County Fairgrounds (on North Cheshire Street in Burton). Admission is $6, free for kids under 12. Call 440-834-1846 for more info.

With Jim Jarmusch's renaissance in full swing with Broken Flowers, now's a good time to revisit one of the director's early works. Lakewood Public Library kicks off its Friday Night Flicks series with the Cuyahoga Falls native's Down by Law, starring saxophone-playing pal John Lurie, avant-rock god Tom Waits, and a pre-Oscar-spazzing Roberto Benigni as cellmates in a Louisiana prison. The 1986 follow-up to Jarmusch's breakout 1984 film Stranger Than Paradise looks and plays an awful lot like its predecessor. It's a thoughtful, conversational, deliberately paced road trip that never quite reaches resolution, despite its abundance of self-revelation. Which, come to think of it, sounds an awful lot like Broken Flowers. Down by Law shows at the library (15425 Detroit Avenue in Lakewood) at 6 p.m. Admission is free. Other movies on the schedule include Brazil, Chinatown, and The Hidden Fortress. For a complete schedule, call 216-226-8275.

This summer's Rock the Lock series in Akron has been all about the sincerest form of flattery. Eagles, Moody Blues, and Pink Floyd tribute bands have all played the stage for free, and after a half-dozen or so beers, it didn't matter that the real Don Henley or Roger Waters wasn't singing. Tonight, a Dave Matthews Band copycat, These Crowded Streets, brings mad fiddle skills and incomprehensible lyrics to Lock 3 Live! park (on Main Street in downtown Akron). Show time is 7 to 10 p.m. Admission is free. Call 330-253-2488 for information.

Don't walk into the Cleveland Botanical Garden's real-life bug adventure, The Secret Life of Butterflies, expecting tales about their proclivity for coke and ho's. Instead, visitors will get a glimpse of a butterfly that tastes flowers with its feet and another that sips banana juice. Wild! Weekend tours start at 2:30 p.m. Friday, Saturday, and Sunday through September 18 at the garden, 11030 East Boulevard. Admission is $7.50, $3 for kids; call 216-721-1600.

The Hungarian Scout Festival celebrates its golden anniversary today with the live music, games, and plenty of tasty eats that have made this fest an area favorite for 50 years. The first 1,500 people through the gate receive a commemorative gift. Everyone else will have to settle for traditional folk songs, live animal presentations, and heaping plates of stuffed cabbage, goulash, and chicken paprikash. It happens from 1 to 11 p.m. at German Central Park, 7863 York Road in Parma. Admission is $7, free for kids under 10. Call 440-582-1233 for more info.

Get ready to get your twang on at the Town Fryer, where the first-ever Cleveland Roots & Americana Music Festival & BBQ goes down today. Local bands Hayshaker Jones, the Jack Fords, and Woodshed Mercy headline an alt-country lineup that competes with the bar's artery-clogging-but-oh-so-yummy menu (owner Susie Porter hasn't met a food item that can't be deep-fried). It all culminates in a fried-Oreo-eating contest. Music plays from 2 to 11 p.m. outside the Town Fryer, 3859 Superior Avenue. Admission is free; call 216-426-9235.

We can't think of a better way to spend Labor Day than sifting through other people's old toys, furniture, and silverware at the 14th annual Western Reserve Academy Antiques Festival. More than 120 dealers from all over the country will be there, unloading rugs, art, and garden statues at one of the state's best fests. There'll be plenty of food and drink to nourish you during the treasure-hunting, from 10 a.m. to 5 p.m. at Western Reserve Academy, 115 College Street in Hudson. Admission is $8, kids under 18 get in free. For more information, visit www.antiquesfestival.com.

Even though the loss eclipses the glee in Dott Schneider's latest work, Loss & Glee, she swears you won't walk out of Miller-Weitzel Gallery wanting to slash your wrists. "It's human experience," she says. "Everybody has loss, and to get it out is a real cathartic thing for people. I see it more as a joyous opportunity." To create the 20 pieces, Schneider had her friends and fans write essays about love and used them as inspiration. "I hope people can identify with the pieces," she says. "We all have experiences that we should probably share with each other to [let us] know that we're not alone." Loss & Glee is on view through September 30 at Miller-Weitzel, 5304 Detroit Avenue. It's open from 10 a.m. to 5 p.m. Monday through Friday. Admission is free; call 216-939-9099.

You might not know his name, but you're probably familiar with his work. Or at least his subjects. Massillon Museum's Rediscovering William T. Mathews: Painter of Presidents includes dozens of landscapes and still lifes by the 19th-century painter, who was born in England but lived in Ohio. Yet it's his presidential portraits (he painted five of them, including William McKinley, Rutherford B. Hayes, and most famously, Abraham Lincoln) that impress. See some of them through October 9 at the museum, 121 Lincoln Way in Massillon. It's open from 9:30 a.m. to 5 p.m. Tuesday through Saturday and 2 to 5 p.m. Sunday. Admission is free; call 330-833-4061.