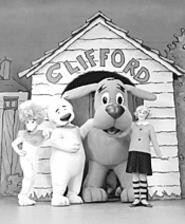 Severance Hall celebrates its 75th birthday this year, and house band the Cleveland Orchestra has several special events lined up over the next eight months (including a super-huge gala concert in June). This weekend's season opener finds conductor Franz Welser-Möst behind the podium for a program filled with Brahms ("Academic Festival" Overture), Schubert (Symphony No. 8 ["Unfinished"]), and more Brahms (Symphony No. 1). It's a lively, spirited start of a commemorative year. Show times are 8 p.m. tonight, tomorrow, and Saturday at Severance Hall, 11001 Euclid Avenue. Tickets range from $28 to $77, available by calling 216-231-1111.

Texas singer-songwriter Stephen Bruton's going to be joining Bonnie Raitt on her tour in a couple weeks. In the meantime, he's embarking on a short road trip through smoke-filled bars and clubs more suited to his shot-and-a-beer tales of romantic woe and barstool blues. His new album, From the Five, finds the music vet (who played in Kris Kristofferson's band in the '70s and wrote songs for Johnny Cash, Waylon Jennings, and Willie Nelson, among others) in fiery form. He stops at the Beachland Tavern (15711 Waterloo Road) at 9 tonight. Tickets are $10; call 216-383-1124.

Don't judge this event by its title. There's more than just recitation at today's Akron Reading Festival. Dozens of authors will discuss and sign copies of their work. Playwrights talk about the silver screen and other subjects at workshops and panels. There's even a kids' area, with hands-on activities and puppet shows (little ones also receive a free book). Also, Marcia Wallace -- The Bob Newhart Show's Carol and The Simpsons' Mrs. Krabappel -- will talk about her new memoir and about being upstaged by bald guys. See? Reading is cool! It all happens at Lock 3 Live! Park and Akron Civic Theatre (182 South Main Street in Akron) from 9:30 a.m. to 6 p.m. Admission is free; call 330-253-2488.

The Museum of Contemporary Art Cleveland's two new exhibits -- Drawn to Cleveland and POPulence -- don't really have much in common. The former features paper drawings by 16 artists with Cleveland connections; the latter includes 19 international sculptors and painters. Yet the works complement each other because of their striking contrasts. Drawn's illustrations, for the most part, riff on black and white; POPulence's pieces burst with color. The people and places in Drawn are easily identifiable; POPulence leans toward the abstract. Together, they represent a spectrum of work that ultimately connects the city and the artists. Both exhibits are on view through December 30 at MOCA, 8501 Carnegie Avenue. It's open from 11 a.m. to 6 p.m. Tuesday through Sunday. Admission is $4; kids under 12 get in free. Call 216-421-8671 for more information.

The three acres of Lake Metroparks Farmpark's Corn Maze will leave us screaming like a little girl after we get ourselves lost in all those labyrinthine stalks. The sheer acreage is enough to give us the heebie-jeebies. (And don't even get us started on Signs or the Led Zeppelin boxed set, both of which freak us out.) Be a-mazed from 11 a.m. to 4 p.m. daily through October 9 at Lake Farmpark, 8800 Chardon Road in Kirtland. Admission is $6, $4 for kids; call 440-256-2122.

The Bay Area's Luce falls somewhere between a radio-ready jam band (think Dave Matthews) and teen-friendly pop mood-setter (its songs have shown up on TV shows and movies like The OC and How to Lose a Guy in 10 Days). Never Ending, Luce's latest album, features appearances by members of Counting Crows and Train, fellow Bay bands that know a thing or two about bridging the broad gulf between sing-along pop and mopey rock. Luce is at Wilbert's (812 Huron Road) at 8 p.m. Tickets are $10, available by calling 216-902-4663.

David Morrell's never been "creeping" -- the process of exploring abandoned urban buildings. But the New Mexico-based author knows people who have. "They're a closed group," he says. "And it's illegal. Not only can you get injured by doing this; it's on private property. So a lot of these groups think that if a stranger approaches them [about tagging along], it's a setup -- that somebody is trying to get in to sic the police on them." Morrell's latest book, Creepers, follows a group of urban explorers as they break into a forsaken Asbury Park hotel. Some genuine creeps and chills wait for them behind the door. Notably, Creepers takes place in real time (or as close to real time as a novel can convey), detailing every minute the characters spend in the house that night -- kinda like 24, without Kiefer Sutherland chewing the scenery. It's a neat trick, by a writer who's made thrillers his personal playground for more than 30 years. "They provide distraction," says Morrell, who penned 1972's First Blood, which introduced the world to Rambo. "I want to distract people." Morrell signs copies of Creepers at 7 tonight at Joseph-Beth Booksellers, 24519 Cedar Road in Lyndhurst. Admission is free; call 216-691-7000.