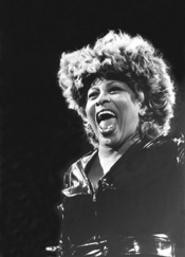 You can never trust a diva. When Tina Turner rolled through town in March, she said it was the last time anyone would see her on such a large scale. But like David Bowie and many other two-faced superstars that have come before her, Turner's retirement wasn't a long-lived one. Turner's making the rounds one final time (or so she says), pretty much replicating the stage show from the first leg of this farewell tour. That means plenty of flash will be on display, courtesy of Turner's ultraprofessional band, leggy dancers, and the R&B scream queen herself. Expect a healthy dose of solo material (heavy on the '80s comeback stuff like "What's Love Got to Do With It" and "Better Be Good to Me") and Ike-era standards such as "River Deep -- Mountain High" and "Proud Mary." Also be prepared for multiple outfit changes, a pop spectacle on par with a glitzy Vegas show, and a ringing sense of hollowness as Turner trudges through these warhorses one more time. Still, it's hard to argue with the old gal's stamina -- not many 60-year-olds can do what she does every night with such verve, style, and class. Although programmed as a greatest hits concert that lasts about two hours, it's far from a nostalgia show. Turner tosses in a few songs from her most recent album, the subpar Twenty Four Seven, and kicks it up enough to keep it all moving smoothly. Check it out; it may be the last time to see this legend in this environment -- until that comeback tour five years from now.