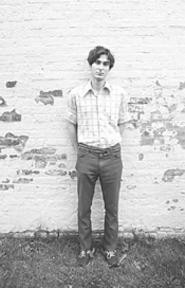 Tim Kinsellas and his art-damage-pop-noise quintet Joan of Arc have just returned to Chicago from a brief tour of Japan, which he characterizes as "maybe the greatest 10 days of my entire life." But the effects are showing. Kinsellas is still soporific from the whirlwind circuit and the return to his own time zone. He ponders questions, yawns, and apologizes. Even the most contentious query on the current status of Joan of Arc gets no substantial rise from him. It's a natural question, given that Kinsellas has started playing solo dates and voiced his displeasure over a number of issues with the group.

"Um, I don't know," he says with a weary candor when asked about the band's future. "We never really know. There's a couple of us that hate each other and hate being around each other. After we finished the second record and before we even went on tour with it, we weren't sure if we were still a band or not. It's been three records and six tours since we thought we were breaking up. We assume we're broken up until one of us starts recording and sends the other ones stuff or until one of us tries to talk the others into going on tour."

So with Joan of Arc in its natural state of unofficial semi-disintegration following its fifth and perhaps finest album, The Gap, Kinsellas is finding time for a number of other musical projects. He claims that his home-recorded "Miami bass booty" work is among the finest of his career, which may be true or may simply be the jet lag talking. Whichever it is, he is audibly proud of it, although he admits it may never go any further than his apartment until he figures out how to present it live.

Kinsellas is also back on the road as a solo act, toting nothing more than an electric and an acoustic guitar and presenting bare-bones arrangements of old Joan of Arc songs, along with whatever covers occur to him along the way. This is nothing particularly new for him, as he has often presented JOA material in this context during the band's existence -- sometimes as a substitute for a band tour, when no one else wanted to go out. This solo tour seems to be more than that, coming so soon on the heels of the recent JOA tour for The Gap and press releases that describe the band's "last gig," which happened before the Japan tour was booked and played.

"It sort of depends on how I feel that day or that hour," says Kinsellas, describing a typical solo set. "It mostly consists of Joan of Arc songs stripped down to their core element, and sometimes it's karaoke, depending on what kind of mood I'm in. I do some covers. In Tokyo, I did a couple of Scott Walker songs. The rest were Joan of Arc songs that Joan of Arc doesn't play anymore."

The other element that makes this solo tour just a little different from the previous non-JOA functions is Kinsellas's upcoming EP, as yet untitled and without an official release date. The seven-song disc will feature a cover of Jacques Brel's "My Death," two brand new Kinsellas solo tracks, and four old JOA songs, which Kinsellas describes as "corrections."

"It's pretty much Joan of Arc without the production values," he says about his solo stints and the re-recording of JOA tracks. "Sort of like the bones of it. I feel like a lot of the songs are kind of muddied up, and that we've confounded them with our arrangements on the records. They're better stripped down, so it's no big thing to me to play them with all this stuff missing. The listeners sort of complete it in their heads."

Almost as an afterthought to Kinsellas's explanation of his rationale for reinterpreting his JOA history, he drops a piece of news into the conversation that is potentially quite significant.

"I have a new band," he says with a stifled yawn.

The new band, Owls, is in reality a reassembling of his pre-Joan of Arc musical aggregation, the highly touted Cap'n Jazz, reunited as a quartet without Davey von Bohlen (now of Promise Ring) on second guitar. Kinsellas is as excited about the project as he can muster, given the recent lack of sleep.

"It sounds a lot different than that," he says of the two distinct versions of Cap'n Jazz. "We've been playing music together since we were 12, and it just seems like a very natural thing for us to do together. We just started playing together more now than Joan of Arc, and it's actually fun to play with each other and not a hassle and a chore to be around each other. I guess we've been concentrating on it more because of that, but I don't see it necessarily as a reaction to Joan of Arc."

Even with the forthcoming release of the EP, Kinsellas isn't particularly committed to his solo career. His energies at present are channeled toward the Owls project, with his songwriting structured similarly to the JOA process, which is to present demos to the band members for their input. The ostensible solo songs that he's working on outside of Owls are taking the same course, except that he's sending them to songwriting friends, which makes them different from anything else he's worked on to date.

"I don't think I'll still call it Joan of Arc, but it's certainly not solo," he says. "It's definitely collaborative, like Joan of Arc was."

It's not the first time during the course of the interview that Kinsellas refers to Joan of Arc in the past tense, but as physically and mentally drained as he obviously is, it's difficult to discern whether this is a post-breakup conversation or the standard Joan of Arc preproduction ritual. The only thing that is perfectly clear is that Kinsellas is incredibly busy in his career right now, whether Joan of Arc returns or not. The talk turns to influences, and after discussing Ennio Morricone, the Chicago Underground Duo, Lungfish, and Will Oldham, Kinsellas confesses that he's a "record nerd."