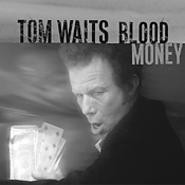 Phantasmagorical jazzbo Tom Waits hits pay dirt with this pair of discs, mining Alice in Wonderland for the first, Robert Wilson's play Woyzeck for the second. Although both share many instrumentalists and are loosely thematic, Alice sounds softer, Blood Money more angular. Waits, as usual, deploys a battery of voices, from the crooner of "Poor Edward" (Alice) and the lovely "All the World Is Green" (Blood Money) to the gruff, disappointed god of "Misery Is the River of the World" (Blood Money). You can't apprehend these discs in one listening. Like the rest of Waits's work of the past 10 years, they're rife with metaphor and allusion, steeped in surrealism, wildly ambitious, and highly finished.

They're also both tender and terrifying: "God's Away on Business" (Blood Money) is one of the darker visions of modern pop, and "Kommienezuspadt," a mock-German rant from Alice, is mad and grating and punk as punk can be, even as it evokes the mordant between-war German satire of cartoonist Georg Grosz and Bertholt Brecht. The music is all over the place, from the wistful sweetness of "Green" to the weird carnival of "Table Top Joe" (an Alice tune on which boho guru Waits sounds like the forgotten brother of Louis Armstrong) and the plummy tones of "Lost in the Harbor."

It's difficult to compress Waits's fevered imagination, hard to compact his provocative eccentricities. One could call him the bridge between Leonard Cohen and Captain Beefheart. One also could say he's ever more unique: a wayward, artfully woozy tonic for these frighteningly conformist times. Waits is profoundly off-kilter, which is part of the reason to listen to him -- and hope he performs this material, and more, live. There are also several instrumentals: "Barcarolle" is courtly and sweet. But the killer is "Knife Chase," a pachuco bopper from Blood Money.

As usual, these recordings were produced and co-written by Waits and his wife, Kathleen Brennan. They feature oddball instrumentation and the caliber of guest appearance one associates with a craftsman as singular as the worldly, otherworldly Waits. Bounce between these for one of the top aural (and musical and philosophical) experiences of 2002. Hell, sequence them any way you like; their wonder doesn't succumb to analysis.