With the Brickhouse Blues Band. Wednesday, January 28, at the Beachland Ballroom. 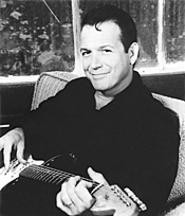 Somewhere, there must be a teenage guitar novice who's going to be inspired to play the blues after getting hooked on a Tommy Castro CD. That's what happened to Castro after hearing B.B. King's 1971 masterpiece, Live at Cook County Jail. Twenty-two years after that album's release, the Tommy Castro Band began building its reputation as the West Coast's answer to George Thorogood & The Destroyers with the issue of No Foolin'.