Produced by Rob Schnapf and Tom Rothrock, Richard Thompson's Mock Tudor is his loudest album yet. 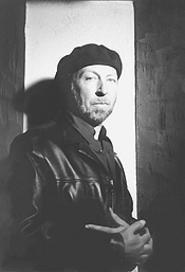 Randy Newman's recent Bad Love is the most intimate, revelatory album of a career spent hiding behind gross, hysterical caricatures. Gone are the rednecks and fat boys and senators from Utah; gone are the hateful men who, the singer-songwriter always insisted, were not him. They've been replaced now by the man who writes love songs to his ex-wife and pens autobiographical songs about a childhood spent talking to his family through the television. Bad Love offers a distasteful portrait of a middle-aged lecher who lusts after the pretty things he cannot have -- and for that, for its honesty and vulnerability, Bad Love might be the best record of 1999. No doubt, it also will be one of the worst sellers.

Richard Thompson's Mock Tudor might qualify for both honors as well; the man never did sell, despite the howling of over-40 rock critics who can never understand why Thompson's not a revered superstar like, say, their beloved Eric Clapton. But, of course, it does not take a Billboard staff writer to explain the obvious: Thompson writes rock and roll for grown-ups, men and women who grow soft even as the music becomes harder (and Mock Tudor is the loudest Thompson record in years, covered in shards of broken chords). Those folks don't buy a lot of records -- especially ones about growing up in London, ones about women from Dorchester and lads from Toulouse, and ones about fathers who are too hard on their sons. They don't go for conceptual albums full of Cooksferry Queens and pilfered, parodied Jeff Beck melodies. No wonder a Capitol Records exec once referred to Thompson as a "marketing exercise" -- like jumping jacks, perhaps.

Thompson likes to insist Mock Tudor is "a conceptual record," not "a concept record or nostalgic record," as he likes to say with a bit of a grimace. By that he means it's a patchwork representation of a life spent absorbing the sounds, the smells, and the songs of his youth -- and then trying to put those memories, good and bad, into their proper context. It's something he's been writing about for years, when he's not writing about drunkards, dreamers, and losers in love. "I'm an old man in a young man," Thompson sang 25 years ago, "you got to take it while you can." Now, perhaps, the roles have been reversed, if only slightly.

Mock Tudor is sort of the sequel to 1997's Industry, written and performed by Richard and Danny Thompson (the former bassist for Pentangle and no relation). Industry is as British as cricket and warm beer, a record made by two folk heroes who long for a pre-industrial England where "a man feels reward for his sweat and his pain." The disc is strictly for the homeys -- the return of a man to his roots, only to find they've been dug up, replaced by an open hole filled with corpses. A song cycle about "the transition from industrial to post-industrial," as Richard writes in the liner notes, Industry evokes the gloom of cheerless nostalgia, the dourness of a man trying desperately to recapture a past no better than the present. That record almost smells of grease and metal.

Mock Tudor, like its predecessor, "reads" almost like a novel: "There's a house in the alley," Thompson sings in a voice that comes from somewhere between his left nostril and his gut, "in the squats and low rise of a town with no future/But that's where my future lies." Soon enough, the music growls and growls, building toward finely structured and oh-so-beautiful chaos -- a hootenanny while the buildings burn. Eventually, it reaches a song like "Hard on Me," which has an opening that sounds as though it was lifted from his own immortal "Shoot Out the Lights." Only this is a song from a son to a father: "Why did you grind me so small?" he asks his dad. "At every fence I fall/I bite my rage/I stop my breath/I shake my cage."

Mock Tudor is the sort of record of which James Joyce and Charles Dickens and even Thomas Wolfe would be proud -- a disc about the grappling with childhood phantoms that haunt the grown-up years later, even if he doesn't quite know how or why.

"Of course, it's more complex than that," Thompson says. "I'm using the past as a kind of reference, but I am writing about things that mean something to me now. Everything on the album has a relevance to me now. Otherwise, I couldn't get fired up about it. There's a decoding of the past -- trying to decipher the past. Sometimes, a song is a key; at least, that's one of the functions of a song. It's entertainment, yes, but for the writer, it's also a kind of life analysis or self-analysis to varying degrees. Sometimes, it's incidentally cathartic for the artist and the audience."

Thompson has spent more than half his life playing music and getting paid for it. He co-founded Fairport Convention, still among the most beloved folk traditionalists ever to come from England, when he was but 17. The young boy with the sweet, innocent visage of a schoolboy and the hands of Chuck Berry and Jimi Hendrix was always looking backward, worshiping the doctrine, paying homage to moribund echoes. Fairport wasn't quite the gang of purists it was painted as -- singer Sandy Denny had soul enough to burn down any Renaissance fair, and Thompson could never stand still long enough to stay away from rock -- but they were children then, playing make-believe in the forest. Like the Band, their Canadian and American counterparts, Fairport believed there was still some future to be culled from the past.

When Thompson went solo in 1972, with Henry the Human Fly, he debuted what would become, in essence, his persona throughout the late 1990s: the irascible, dry-humored guitar god who wrote like a poet and never confused the tender with the sentimental. "Don't expect the words to fall too sweetly in your ear," he warned back then, and anyone paying attention either stepped aside or dove right in. From there on out, his was the most uncompromising of work: to-the-bone honest about himself . . . and about anyone who dared listen to songs about wayward muses, couples whose love turns into the most violent of hatred, and other miscreants looking for a little salvation in a sad song.

Not long after Thompson began making records with then-wife Linda in 1974, the pair began embracing the Sufi religion. From that point on, Village Voice critic Robert Christgau once wrote, "the Thompsons [didn't] sentimentalize time gone -- they simply encompass[ed] it in an endless present." No doubt it had something to do with believing they were going to live forever -- the Muslim's eternal soul.

The pair made five albums together, none more significant than their first (I Want to See the Bright Lights Tonight and Hokey Pokey, both from 1974) and the last (1982's Shoot Out the Lights). They're sort of spiritual bookends: Hokey Pokey finds the couple performing a song like "A Heart Needs a Home," while Shoot Out the Lights is undoubtedly the most venomous, unfeigned look at a divorce ever put on record. When Linda asked did she jump or was she pushed, the woman sang as though she could still feel Richard's hand upon her back. And no doubt, in the end, Richard felt the broken bottle on his head -- the one Linda smashed upon his noggin during their final show together.

For years after that, it felt as though Thompson was writing and rewriting the same angry fuck-off. Albums such as 1983's Hand of Kindness, '85's Across a Crowded Room, even '91's magnificent Rumor and Sigh all contain their share of bitter she-done-me-wrong songs, none more painful than "I Misunderstood" and "Waltzing's for Dreamers." By the time of 1996's double-disc You? Me? Us?, it seemed as though the man had simply run out of ideas -- or merely run from them, wrapping dramatic riffs and reflective words inside icy technique. Thompson's among the greatest guitar players alive, plucking grief from between the strings, but there was a period there when you were so busy watching his fingers, you no longer paid attention to the rest of the body.

Thompson insists now that he doesn't know where fact and fiction begin in his own work. He finds it insulting that anyone would assume the man couldn't fabricate a lyric, that he's so dull and unimaginative he can only offer slices of his own life.

"I don't even know which songs are about real life and which ones are fiction," he says adamantly. "I don't know where the joint is, and I don't like to look for it, either. It's silly when others do. It's belittling to your imagination that people think you can only write about the routine of your own life. I think mostly I sit down to write stories, and mostly there are lots of me in there."

At the same time, the man says he could not have made Mock Tudor 10, 15 years ago. He began the album -- produced this time around by Beck and Elliott Smith cohorts Rob Schnapf and Tom Rothrock -- only after he collected enough songs to make his conceptual album a reality. Mock Tudor, he explains, could not have been made by a young man. A young man doesn't have the perspective, he offers. And he's just too scared to look beyond his own reflection.

"As you get older, I think, it becomes more of a compulsion to be honest," Thompson says. "I think when you're younger, there's more bullshit in the way. You're more self-deluded about your life -- your hopes, your ambitions. When you get older, it becomes painfully clearer, and there are places to hide. You are more aware of when you are writing a lie, and there's a strong sense of duty: "You must tell the truth.' That's the only way you will move the audience -- to tell the truth. And if you do it right, the audience will get it."