Need a good laugh? Try a bout with cancer. 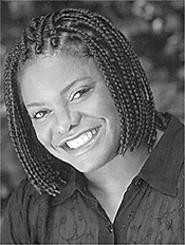 It's no surprise that Rene Hicks is a comic. Try facing cancer and a career in accounting, and you'd need a good laugh too.

The 37-year-old San Franciscan was an Ernst & Young CPA in 1988. One night, she popped into a bar for a comedy showcase and, emboldened by a friend's $100 dare, jumped onstage and spewed forth a litany of jokes. A few months later, she quit her job. "It was like SARS, but the 'A' stands for accounting," says Hicks, who had treated stand-up as therapy for a job she despised. "Who knows? I might have gone postal. Instead of shooting people, I would have strangled them with adding-machine tape."

The joking stopped when the former college track star told her doctor she was having pain at the bottom of her shoulder blade. He said it was heartburn. She said he was crazy. "I may not be a doctor or play one on TV, but I think I know the symptoms of heartburn," she says. The doctor ran tests, and the results came back: Hicks had a cancerous spot on her lung. "As they were wheeling me into the operating room, I did a Henny Youngman and said, 'Hey, doctor, take my tumor -- please!'"

Now Hicks is back on the road, where she regales audiences with stories of her cancer scare. Her repertoire even contains a "Two tumors walk into a bar" routine. "You don't even need a punch line," she says. "Having had this and being a black person, if I had a kid, I'd have to name him Tumor." Hicks pauses for a beat. "But we'd pronounce it Tu-mor. 'Hey kid, your mother named you Tu-mor. No, no, it's Tu-mor.'"