Plucking the fowlest birds of '03. 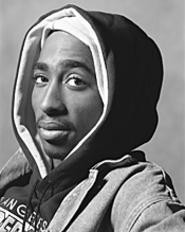 The Thanksgiving holiday means it's time again to get out all our anger pent up over a yearful of wretched albums and shows -- thus clearing our schedule to deck the halls, spread good cheer, and shit like that. Here are the turkeys that brought out our inner Ebenezer in 2003:

Most Disappointing Tour:
Lollapalooza
After a six-year hiatus, Lollapalooza returned with all the fanfare of Stuart Little II. The tour did horribly at the gate, selling under 50 percent of capacity at some venues. Ticket giveaways resulted in a pavilion crowd at Blossom that was as reserved as the seating. Somnolent sets by feeble funk rockers Incubus and overrated hip-hoppers Jurassic 5 didn't help. The side stage -- which in the past has featured such notables as Tool, the Flaming Lips, and Luscious Jackson -- came with Jackass mental defective Steve-O and already-forgotten pretty-boy rockers Rooney. The biggest letdown? The crappy climax, a brief, gaudy set by Jane's Addiction, who pranced about with paunchy belly dancers and posed more than your kid sister's Barbies.

Most Disappointing Album:
Jay-Z's The Black Album (Roc-A-Fella/Def Jam)
"What more can I say?/You already know what I'm about," Jay-Z rhymes early on his alleged farewell LP, half-heartedly explaining this by-the-numbers disc. After last year's lukewarm Blueprint 2, heads hoped the hip-hop all-star would suck it up and bow out like a champ. Instead, he fouled out of the game. The album's first single, "Change Clothes," is among the most disposable in Hova's deep catalog: a bland, same-sounding Neptunes track featuring more played-out, fingernails-on-the-chalkboard falsetto from Pharrell. Worse still is the rote rap rock of the Rick Rubin-produced "99 Problems," which sounds like a Run-D.M.C. outtake. Full of overly defensive rhymes and the same boasts we've heard for four or five albums, The Black Album's a black eye for this legend.

Most Overhyped Album:
Kings of Leon's Youth and Young Manhood (RCA)
Like the Strokes with lips full of Skoal, the much-ballyhooed debut from these southern rock up-and-comers put style over substance. We can dig the cowbell and drunk-and-disorderly hip shake, but the wafer-thin sound is hardly as rockin' as everybody from Rolling Stone to Entertainment Weekly would have you believe. The group's '70s-porno facial hair is more menacing than any of the album's riffs, and frontman Caleb Followill's warbly yelp sounds like Tom Petty yakking up his lunch. After Youth and Young Manhood, we're ready for the Kings to grow up.

Most Off-Putting Album:
2Pac's Nu Mixx Klazzics (The Row/Koch)
Perhaps only the Browns' secondary has taken the kind of beating that 2Pac's legacy has in recent years. Thanks to tireless money-grubbers Suge Knight and 2Pac's own mom, he's dropped twice as many albums dead as he did alive. If most of the them have been landfill fodder, Nu Mixx Klazzics tops the heap, taking 10 previously released songs -- most of them from Pac's classic All Eyez on Me -- and remixing them with chintzy basement beats straight from Kool Moe Dee's Casio. This despicable album is pure sacrilege. Truly an All-Time Turkey, one of the most inexcusable records ever.

Band That Most Needs to Give It a Rest Already:
Metallica
Less than six months after the release of the livid letdown that was St. Anger, Metallica is grumbling about the disc's slow sales. Drummer Lars Ulrich recently complained to Reuters that U.S. radio programmers are more interested in playing Nickelback than his once-mighty band. "It's a very challenging record," Ulrich explained. Yeah, challenging, like choking down a turd soufflé. After a decade of being chided by diehards for trimming its hair and mellowing its metal, Metallica sought to drop a thrash masterwork that would silence its detractors. But Anger put form over feeling, coming with forced aggression that felt stilted and compulsory. Metallica's back with a bang, all right. But its guns now fire only blanks.