Taking aim at the fowlest birds of 2004. 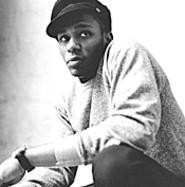 Before giving thanks for the things that made us happy in 2004 (kittens, puppies, the continued decline of Ben Affleck's career), we need to vent. This is the time for expunging our anger by recounting the most disappointing albums of the year. An annual tradition, it also spares us the indignity of whizzing on the neighbor kid's snowman when we get in a rage. Please join us in carving up these turkeys:

Big beat is a genre without much room for dumbing-down, but that's exactly what Fatboy Slim continues to do on the bland Palookaville, an album bent on putting Nytol out of business. Rote covers (Five Man Band's "Signs," Steve Miller's "The Joker"), leaden disco, and a couple of left-foot rock tunes toll electronica's death knell. Fatboy even sullies the careers of other artists: Blur's Damon Albarn pisses away 15 years of good karma on the meandering, acoustic snoozer "Put It Back Together." Look for him to get hit by a bus any day now.

If metal bands were grocery stores, Damageplan would be Aldi. Generic and colorless, the debut from Pantera founders Vinnie Paul and Dimebag Darrell's new band is so wooden, you could panel your rec room with it. Dimebag's riffs are half the size of the chip on singer Patrick Lachman's shoulder over having to basically replace Phil Anselmo as frontman of Pantera. "Do you think you're better than me?" he bellows on the dumb-as-it-sounds kiss-off "Fuck You." During rare moments of consciousness, Anselmo answers in the affirmative.

There's no place warmer than Janet Jackson's mouth. This is what we learn on Damita Jo. Also, that Janet likes to do the grown-up on cars and in cars. And she has a pet name for her clitoris. "Relax, it's just sex," she purrs as all this is going down. In interviews, she seems baffled that her version of Cinemax After Dark would actually shock anyone, but deep down, she knows that shocking listeners is her last resort these days. Damita Jo is almost bereft of actual tunes; half the album is marked by cloying, spoken-word interludes, in which she confesses that she's way into palm trees, sand, and her man's wiener. Only walking in on your parents could make sex any less appealing.

The new danger here is that Mos Def has proved that ham-fisted honkies like Scott Stapp aren't the only guys ruining rock. Here, Mr. Def is pissed that rock and roll, which originated in the black community, has been co-opted by white people. Never mind that this was old news 40 years ago. But rather than drop a batch of kick-ass tunes to show the hacks in Three Days Grace how it's done, he lazily scats over a funky bass line here, a half-baked guitar riff there -- never constructing anything that resembles a fully realized idea. As persons of the Caucasian persuasion, we hereby apologize for Trapt, Collective Soul -- even Nickelback. Now, get back to rhyming, Mos.

Helmet frontman Page Hamilton used to growl like Satan with a stubbed toe, over guitars the size of Godzilla's manhood. But on his band's misguided comeback effort, he farts out generic modern rock custom-made for Mountain Dew commercials. Granted, Helmet's massive crunch has always been tempered with touches of harmony, but now, it seems, one of alt-metal's leading figures is taking his cues from that dick in Puddle of Mudd. In the album's many Freudian slips, Hamilton even inadvertently acknowledges that he's lost it: "I swear to God I'm wrecking it all," he offers at one point; "I don't remember why we're here," at another. Size may matter, Page, but so does a little dignity.