Did The Toledo Blade sit on Coingate until after Bush won? 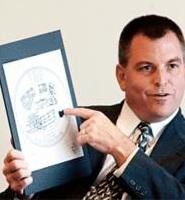 For the past year, The Toledo Blade has been the Ohio Republican Party's worst enemy.

The newspaper broke the Coingate scandal -- the embarrassing revelation that the state lost at least $13 million in a botched investment in rare coins. Starting in April 2005, the paper wrote hundreds of articles dutifully chronicling each new development in the story. Along the way, Governor Taft, President Bush, and many key players in Columbus were tainted by their connections to Tom Noe, the Republican coin dealer at the center of the scandal.

Given all this coverage, no one could mistake The Blade for a right-leaning rag. Which is why it was so surprising when a Blade insider accused the paper of sitting on Coingate until after Bush got elected.

The claims first surfaced last summer, but gathered steam this March, in an anonymous letter sent to the board that was considering awarding the Coingate series a Pulitzer Prize. The letter claimed that a Blade politics reporter, Fritz Wenzel, had gotten a tip about Noe's money-laundering back in January 2004, yet hadn't pursued the story, because Noe was his friend.

Executive Editor Ron Royhab vigorously denies the charge, saying that The Blade broke the Noe story as soon as it was solid.

Still, the paper didn't win its Pulitzer. While the prize committee said the letter wasn't an influence, Blade editors knew it hadn't helped. So they launched an investigation into their own newsroom, hiring lawyers, private eyes, and computer experts to comb through e-mail files in search of the mole.

On May 23, veteran Blade reporter George Tanber stepped forward and admitted he wrote the letter. Two days later, he was fired.

But the questions he raised won't go away that easily.

George Tanber is a man who takes ethical conflicts seriously. Over his 14 years with The Blade, he complained about several of the newspaper's policies, from the datelines used to identify where stories are reported to edits that he thought favored the publisher's friend.

The focus of Tanber's Coingate complaint was Wenzel, who had spent nearly a decade at The Blade and covered politics during the 2004 election.

According to Tanber, Wenzel was a walking conflict of interests. Before coming to the paper in the mid-'90s, Wenzel had helped run Republican campaigns in Oregon. His conservative leanings were so well documented that the Lucas County Democratic Party dedicated an entire section of its website to bashing him. During his tenure at the paper, his son, P.J., was on the state and national Republican Party payrolls. In May 2005, Wenzel left The Blade to start his own political-consulting firm. Within days, he accepted thousands of dollars to do media work for Republican Jean Schmidt's campaign. (He has since left to become the communications chief for the Zogby polling company in New York.)

The most damning allegation against Wenzel is that he sat on a tip he got in January 2004 from Joe Kidd, a Republican insider and then director of the Lucas County Board of Elections. Kidd was feuding with Noe's wife, Bernadette, the chair of the local Republican Party, and looking to spill some dirt. He told Wenzel that Noe was illegally funneling money to the Bush campaign. But Wenzel never wrote a word of it.

"Had Wenzel or other Blade reporters broken the money-laundering story early in 2004, then the coin saga would have quickly followed," Tanber wrote in an e-mail to Scene. "That's the way investigative reporting works. Once it starts, it never stops until all the information comes out."

Wenzel claims that he didn't sit on the scoop, but he can't seem to recall exactly when he got it. He told The Blade it was in September 2004. Then he told Scene that the tip was "a common rumor in the newsroom" in the spring of 2004. Later, he recalled "it being a rumor throughout the year. Exactly when, I don't remember." He then urged Scene to refer to The Blade's timeline of events, because he "wasn't paying real close attention."

Executive Editor Royhab recalls a slightly different timeline. He says that Blade editors and reporters first heard the Noe rumors in the fall of 2004. But neither the FBI nor the secret federal grand jury investigating the scheme would confirm the story. The feds revealed their involvement only after The Blade reported Noe's rare-coin investments in April 2005.

"It's absurd [to suggest] that our newspaper knew about Coingate and held it, or that we knew about a secret federal grand jury and held that," Royhab protests.

Yet none of that explains why the paper let a former Republican operative cover politics in a swing state crucial to the 2004 election. Ten days ago, The Blade was forced to acknowledge many of Wenzel's glaring conflicts of interest. Wenzel even conceded that he had talked to Noe about the possibility of their doing consulting work together.

Royhab says he didn't know the extent of Wenzel's GOP ties at the time, but voices no regrets about hiring him. And he refused to say whether there were plans to change the paper's hiring policies to prevent employing political hacks -- or at least avoid conflicts of interest.

"You run into these kinds of things," Royhab says. "You can't control the world because you're a newspaper editor."

Given the natural corporate tendency to pick a fall guy, Royhab's loyalty to Wenzel is refreshing. But it gives no comfort to readers wondering whether the paper might make the same mistakes again.

Which is why, of late, The Blade has been its own worst enemy.