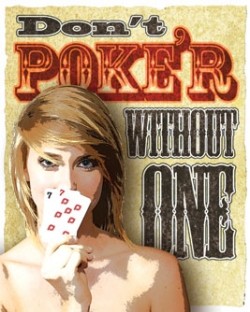 Julie Ransom-Chaney chuckles at the 29 entries jockeying for space on the cover of a condom-filled matchbox that Planned Parenthood of Northeast Ohio will give away to college kids this fall. At tonight's Undercover Competition, the agency will take the wraps off the winning design in this year's condom-distribution campaign, which is centered on a "Pick-Up Lines" theme. "One of my favorites has a woman saying, 'I'm cleaning out my purse. Can you help me get rid of this condom?'" says Ransom-Chaney, the organization's events coordinator. "Another says, 'It's not the size of the package; it's how you wrap it.' The risqué ones are just as funny as the tame ones." Since 1999, the group has picked an image to plaster on 5,000 matchboxes it distributes at local campuses every year. At 2007's Las Vegas-themed contest, the honors went to an entry that featured a woman holding a pack of cards. "It says, 'Don't Poke'r Without One,'" laughs Ransom-Chaney. "Graphic artists can be especially clever, can't they?" Meet the winning designer at 7 p.m. at the Pavilion at Falls River Square (2085 Front St. in Cuyahoga Falls). Admission: $20. Call 330.535.2674 or visit ppneo.org. - Cris Glaser

Orsen the Puppet makes an appearance at ventriloquist Dan Horn's performances at the Improv this weekend. Problem is, Orson is mourning his bovine bud. "I'm depressed," says Orson, er, Horn. "I just found out Elsie the Cow is missing. I saw her picture on a milk carton." Orson is one of eight onstage partners Horn has used since he saw former Miss America Vonda Kay Van Dyke perform her ventriloquism act in his hometown of Phoenix in the '60s. For four decades, Horn has made the late-night talk-show rounds with his crew. "I've been really lucky in doing a little bit of everything here and there," he says. "That's the fun of the adventure in not knowing exactly what's going to pop up." Showtimes are at 8 p.m. today, 8 and 10:15 p.m. tomorrow and Saturday, and 7 p.m. Sunday at the Improv (2000 Sycamore St. on the West Bank of the Flats). Tickets: $16-$18. Call 216.696.4677 or visit clevelandimprov.com. - P.F. Wilson

WHEN ELMO GROWS UP

Sesame Street welcomes a new Muppet when Abby Cadabby makes her debut as Big Bird's neighbor in the touring production of When Elmo Grows Up. And the question of the day from the cast to the kids in the audience: "What do you want to be when you get older?" With songs about dude-ranching and rail-riding, Telly longs to be a cowboy. Bert dreams of becoming a forest ranger. And Abby wants to follow in her mother's footsteps as a fairy godmother. Elmo, on the other hand, can't make up his mind. That's when the neighborhood launches into a Broadway-style musical of songs about patience, teamwork and the power of imagination. The curtain goes up at 7 p.m. today, 10:30 a.m. and 7 p.m. tomorrow, 10:30 a.m., 2 and 5:30 p.m. Saturday, and 1 and 4:30 p.m. Sunday at the State Theatre (1519 Euclid Ave.). Tickets: $14-$28. Call 216.241.6000 or visit playhousesquare.org. - Glaser

A Lakewood club has come out of the closet as the area's newest gay bar. And veteran drag queen Erica Martinez reignites her career after an 18-month absence to become Hot Fridays' show host at the former comedy club Bottoms Up. For her inaugural two-hour set, she's invited Cleveland impersonators Twiggy Morgan, Amber Lane and Devinity to swap stage time. Illusionist Ginger Manchester and drag king Dallas also take the mic. "Straight people own the club, but gay people are running it," says Martinez. "They called me and said, 'Erica, you're a professional. Would you look at the club and see if you'd like to host a show?' I said yes because they charge no cover. Now I want this to work really bad." Martinez and company hit the stage at 11 p.m. at Bottom's Up (1572 W. 117th St. in Lakewood). Admission: free. Call 216.521.4386 for details. - Glaser

Hair-care impresario Paul Mitchell would be proud of Rachelle King at tonight's Tool Party in her two-year-old salon the Studio. For four hours, King and her style team will show customers some trade secrets on how they can replicate professional haircuts and blow-dries at home with Mitchell's products. Part of the demo takes place in the "wash house," where a stylist will walk folks through a thorough shampoo, scalp massage and conditioning treatment. A photographer will also be on hand, snapping pics before everybody goes home with a hair-care kit. "We're an oasis for stressed-out people," says King. "We can make magic." The party runs from 5-9 p.m. at the Studio (1887 Fulton Rd. in Ohio City). Admission: $25. Call 216.281.1887 or visit thestudiosalon.biz. - Glaser

WHAT TO WEAR TO A WEDDING IN A WAREHOUSE

Wedding dresses clash with evening gowns when a bridal party and a cocktail crowd simultaneously book the same room in What to Wear to a Wedding in a Warehouse. The play doubles as a benefit fashion show for the Elyria-based Cornerstone Among Women agency, which provides Christian-based sex, pregnancy and parenting counseling and services. The catwalk will spotlight men's and women's fashions from six boutiques - like Leonardo's Bridal and Innuendo - while the Joe Hunter Trio performs. Stylists from Rocky River hair salon Tomorrow's will add the latest cuts to the mix, as patrons nosh on apps by Pearl of the Orient, Sweet Indulgence and Sweet Melissa's. Cornerstone execs will also give a pitch for the agency's coffers. "This year has been kinda rough," says development director Michele Krampitz. "People can't make ends meet, and they're in need of diapers, formula, clothing and anything else you need to bring a baby home from the hospital. We hope the show will shine a brighter light on the young gals who need us." Fashionistas work the runway at 6 p.m. at the 78th Street Studios (1305 W. 80th St.). Tickets: $25. Call 440.333.5056 or visit cornerstoneamongwomen.org. - Glaser

Bad boy Rex has finally put his lies behind him on One Life to Live. Dashing Owen wonders if he still has a job as a beachwear designer on The Bold & the Beautiful. And Carly has torn herself away from Jax on General Hospital long enough to make an appearance at today's Soap Opera Mania in Independence. They are three of the nine daytime stars you can meet at the local stop of their nationwide tour. The trio will be joined by The Young & the Restless' Michael, Brad of As the World Turns, Cyrus of Guiding Light, All My Children's Ryan, Nikolas of General Hospital and Days of Our Lives' E.J. You can also try to score one of 20 trips for two on the Soap Cruise, where winners will embark on a four-day Caribbean sail with 16 other soap-opera studs. Meet the stars from 11 a.m.-4 p.m. at Embassy Suites Cleveland (5800 Rockside Woods Blvd. in Independence). Admission: $100-$125. Call 216.986.9900 or visit soapoperamania.com. - Glaser

The Cleveland Blues Base Ball Club is about to start training for the 2009 season, and it's going to hit you up for some cash to help pay for new uniforms at tonight's One-Arm Dailey Benefit. The team, entering its second season, patterns itself after the original 19th-century Blues squad of the National League of Professional Baseball Clubs, which snagged a moment of fame in September 1883, when its one-armed pitcher, Hugh Dailey, threw a no-hitter. The next year, he struck out 19 players in one game, which stood as a major-league record for 102 years. The modern-day Blues hope to make their own mark on May 3, when they open the season against the Akron Blackstockings at Stan Hywet Hall & Gardens. Party with the Blues from 4-7 p.m. at the Merry Arts Pub & Grille (15607 Detroit Ave. in Lakewood). Tickets: $20. Call 216.226.4080 for more information - Glaser

Only one point in the overall standings separates Iowa cowboy Justin Kennedy and Wisconsin wrangler Curt Check when they compete in the bullriding division of tonight's World's Toughest Rodeo competition at the Q. In the saddle-bronc category, South Dakota buckaroo Marty Hebb hangs onto a seven-point lead over nemesis Jessie Kruse of Montana. Missouri cowpoke Tim Wilkinson commands a whopping 200-point lead in the bareback class over 27 challengers, including Iowa's Andy Carter. And Illinois cowgirl Donna Irvin continues to edge Kellie Hill of Wisconsin and seven other women in the barrel-racing group. The action starts at 7:30 p.m. at Quicken Loans Arena (100 Gateway Plaza). Tickets: $18-$75. Call 216.241.5555 or visit theqarena.com. - Glaser

Beanbags fly through the air for charity at today's Cornhole Classic in the Flats. And it's up to each two-person squad to figure out if they're fierce enough to keep up in the tournament's pro division or just good enough to shoot around in the amateur bracket. The prize money makes the difference: The first-place amateur team takes home $200, while the top pro twosome scores $400. "Last year, we had teams that were that hardcore about playing," says organizer Ann Netzel. "The teams that weren't so good didn't have much fun. We don't have a test that anybody has to take. It's just one of those informal things to separate the pros from the amateurs." It all benefits El Barrio/West Side Ecumenical Ministry's Workforce Development. The competition starts at 4 p.m. at Mulberry's (2316 Mulberry Ave. on the West Bank of the Flats). Player fee: $75 ($25 to watch). Call 216.870.9936 or visit wsem.org. - Glaser

The newly minted Storm Cellar Sports Bar in Painesville understands that there are few combinations that pair as harmoniously as a steady flow of booze and a good-natured game of bowling, darts or pool. At its Game Night every Tuesday, drinking competes against Wii and Texas Hold 'Em tourneys, while the bar offers $1.50 pours of domestic draft beer and $9 bucket brews. The menu boasts 40-cent chicken wings and $10.99 strip-steak dinners. DJs and live bands also add to the mix occasionally. "The challenge is that when you have a band, you immediately have a captured audience," says co-owner Mary Jo Miller. "You have to attract your audience with multiple things, and we're doing it. The main goal is to create a cluster of music and enjoyment." Let the games begin at 7 p.m. at the Storm Cellar Sports Bar (1 Victoria Place in Painesville). Admission: free. Call 440.352.3087 or visit thestormcellarsportsbar.com. - Chad Felton