Radio consultant Mike McVay is not a right-wing propagandist. Not intentionally, anyway. 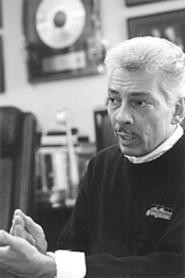 Radio consultant Mike McVay might think twice, the next time he's in a giving mood.

His Westlake-based McVay Media produced a manual on how stations should handle the war in Iraq. The four-page document was posted on the company's website. In normal circumstances, only his client stations would have had access. But when the war broke, McVay lifted the password cloak. "I decided to be magnanimous," he says.

The manual is essentially a checklist. Most tips are pretty basic: Monitor the competition. Bump the gardening show when the fighting starts. Remind listeners what station they're listening to. In fact, the newsgathering suggestions are so obvious ("Dispatch reporters to military bases in the area"), they seem written for people with severed brain stems.

But a few nuggets sound scripted by a White House apparatchik. The manual encourages programmers to play the national anthem and other patriotic music "that makes you cry, salute, get cold chills. Go for the emotion!" It also advises talk-show hosts that "polarizing discussions" are shaky ground: "This is not the time to take cheap shots . . . not when our young men and women are in 'harm's way'!"

It would all seem rather banal -- except that the war has produced another round of complaints about media bias, this time concerning its trend to the right. McVay provided the smoking gun.

On March 28, The Washington Post printed excerpts from the manual, in a story about pro-war tilt in broadcast media. Consultants were encouraging clients to wave the flag and muffle protest, the Post said. The McVay memo was among the examples cited.

Thanks to a link on Jim Romenesko's medianews.org website, the Post story was seen by journalists throughout the English-speaking world. Suddenly, McVay, a 49-year-old radio lifer who likes Jethro Tull, was the source on jingoism in the media. Reuters, the Associated Press, and National Public Radio sought interviews. McVay seemed not to understand the fuss. "We're not saying you should come on the air and say, 'We wholeheartedly endorse the war,'" he told the NBC Nightly News. "Our position is, We're Americans. Endorse America."

If McVay is oblivious to his manual's propagandist qualities, it's probably because he doesn't move in journalism circles. He's an FM guy. In addition to radio consulting, he dispenses career advice to such artists as Reba McEntire, Hall & Oates, and Jewel. He encouraged Barry Manilow to create a show for cruise lines. "The 150 stations we consult pay the bills, but the fun part is working with the artists," he says.

McVay's neatly groomed appearance and pre-summer tan reveal a man at ease in celebrity circles. His office is decorated with platinum records and backstage photos of Kenny Rogers, Phil Collins, and LeAnn Rimes. As a side gig, he analyzes dreams on radio morning shows, under an alias. He's known in the business for his soft touch. "He's got some people skills that a lot of consultants don't put highly on their priority lists," says Bill Louis, WNCX host and program director.

A Pittsburgh native, McVay came of age in a time when radio stations hired eager 14-year-olds. By age 24, he was the program director of a station in Los Angeles. He turned consultant in 1983, after transforming WMJI into a powerhouse, which it remains today. "My whole job is putting points on the board," he says. "I have to get ratings."

So it is for audience size -- not ideology -- that McVay advises stations to air tapes of schoolchildren reciting the Pledge of Allegiance. His company consults to rock, country, Christian, and news/talk stations, but its primary client base is the adult-contemporary format, where Celine Dion is queen. To McVay, Pledge reading is not a propaganda tool -- it's a gimmick on par with song dedications. "Mothers like that," he says.

Holland Cooke, a McVay Media news/talk specialist, described the halo effect of patriotism another way when he told the Post: "As a business, you don't want half the population hating you. So you plant your flag in the sand."

In McVay's world, being liked is important. He lives by the edict that the customer is always right. In his view, too many radio stations try to lead their audience where it doesn't want to go. He describes the country-music program director who thinks he needs to keep it real by playing traditional artists, when a great majority of his listeners want steady helpings of Faith Hill. "Instead of following the consumer, they will try to dictate to the consumer," he says.

It is from this belief that he says the Dixie Chicks' Natalie Maines "made a mistake" when she told a British audience, "We're ashamed the president of the United States is from Texas." Radio has punished the Dixie Chicks for Maines's comment as it has no artist since Cat Stevens changed his name to Yusef Islam and signed on to the fatwa to whack Salman Rushdie [see "Chick Hunt," page 60]. To McVay, radio stations that have silenced the Chicks are simply "responding to their listeners."

The trouble with McVay's rationale comes in determining what constitutes a spontaneous populist uprising and what is merely a concerted roar by the loud and few. Maines's comment barely registered until it was disseminated through conservative apparatuses such as the Drudge Report. Right-wing talk-show hosts kept up the attack. The Chicks' manager complained to The New York Times of getting "freeped," a reference to the Free Republic Network, which paints anti-war demonstrators as "misguided, terrorist-supporting leftists."

But all McVay hears are the complaints. He says he recently visited a client station where callers blitzed the phone lines when SheDaisy, a group that only sounds like the Chicks, was played. To country-music fans, McVay says, "Natalie wrapped apple pie in the American flag and threw it in the garbage."

McVay isn't about to tell them they're wrong. At least, not while our young men and women are in harm's way.