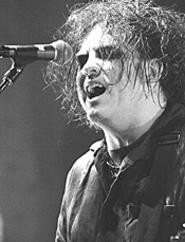 "He's a photographer, and he'd been shooting pictures of us for a while," Kovatch explains. "We auditioned other drummers, and he casually mentioned that he'd like to try out. He came to the audition and ripped the whole CD without a flaw, so he was in."

The Vacancies will hold a release party for their first DVD September 9 at Peabody's (2083 East 21st Street). The untitled video EP will feature cuts for two tracks from the band's current demo. Directed by John Turk, the live-wire "Rise Up" features grainy, black-and-white footage from a show at the Pirate's Cove. "Radio Revolution," directed by Chris Wiegand, is a bright concept clip laid out, à la American Splendor, like a comic book. Both videos will eventually be available on www.thevacancies.net.

"With the addition of a second guitar player, we have more of a technical edge," says Kovatch. "Bo [Bowersmith] gives it a more lyrical, melodic quality, but it's still no-nonsense, rock-and-roll punk."

· It's going around: Cleveland-based heavyweights Chimaira have replaced recently added pummeler Richard Evensand with Kevin Talley, formerly of thrashers Misery Index and Dying Fetus. Evensand left Sweden's Soilwork in January for the opportunity to tour with the internationally hot Chimaira. He joined them in Cleveland, practicing for the band's co-headlining slot with Machine Head on Roadrunner Records' Road Rage tour, which launched last week at the Odeon.

· Cleveland's newest punk club is homeless. Organizers of the Jam rented the former location of metal record store Extreme Musick, in Lakewood's Phantasy complex -- home to the Symposium, Phantasy, and Chamber nightclubs -- with plans to open a DIY, no-alcohol, all-ages punk pit and practice space at the end of July. The project's masterminds had scheduled nationally touring underground bands, including California's Lifelong Tragedy. But the spot's ownership pulled the plug when they realized that the performances would be open to the public. The Jam's organizers have rescheduled some shows for the nearby 10-34 Club and hope to find another space soon.