Voodoo at the Crossroads 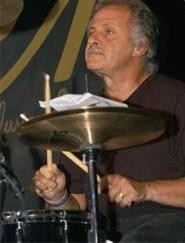 Akron's Voodoo has remodeled and reopened as the Crossroads (153 Cuyahoga Falls Avenue, Cuyahoga Falls). An all-new staff and management has been hired, with hopes to make the D-list club a destination by treating bands well.

Jon Epstein, bassist for Fast Chester, is overseeing the club. He concedes that the Voodoo cartel isn't known for follow-through on its projects. The adjacent Grooveyard Studios died a slow death, downtown Akron's AMP concert club was short-lived, and the Voodoo set new standards for poor promotion of shows.

"This time is different, because I am running the day-to-day operations," says Epstein.

Epstein, a former associate editor of Hard Rock magazine and U.S. Rocker, says the major difference will be in booking policies -- all shows will be limited to a maximum of three bands, and each band will be guaranteed a set of at least 45 minutes. Artists will not have to sell tickets, and Epstein plans to split the door with the bands.

The club hosts a musicians' happy hour from 1 to 7 p.m. The wi-fi-ready room opens in the evening from Wednesday through Sunday, with a jam night on Wednesday, tribute/covers night on Thursday, and live hard rock on Friday and Saturday.

Formerly Ron's Crossroads, the club was big in the heyday of hair metal, then limped into the new millennium, hosting local shows and an occasional dinosaur like Enuff Z'Nuff. It became the Voodoo in 2002, and in recent years has held shows by Blueprint, Mortician, Hank III, and Team Sleep, a Deftones side project. In addition to sporadic hip-hop and dance nights, the venue has also been a hang for a local scene that never quite took off, with bands such as Corpse Forest and Facemaker. Epstein cites two reasons for returning to the old name.

"It's time for a change," he says. "And Crossroads was the shit."

· What remains of Cleveland hip-hop collective 12 Monkeys will be collaborating on several new projects. Edotkom producer Heiku says the duo is nearing completion on a mixtape and second album. The new version of Edot rhymer Siege's long-delayed solo album is reportedly 75 percent complete, and the two recorded three tracks for a one-off disc when MC Iyan Anomolie returned to town recently. Heiku is currently taking the mic on an R&B album, which will feature production from ace local beatmakers, including Play Havoc.

· Broke by Monday has replaced drummer Jason Kymanski with ex-Novallos skinsman Ryan Kelly. The band is prepping its second album.

· Speaking of the emo standout, Novallos has split with bassist KoLB and added Sean Sullivan, the former Names for Graves guitarist.

· Cleveland's Brandtson is sponsoring a contest on www.ACIDplanet.com for fans to remix its track "Nobody Dances Anymore." The band will pick its favorite version of the song award prizes to the winner. Visit www.YouTube.com for a new video podcast with interviews and live footage.