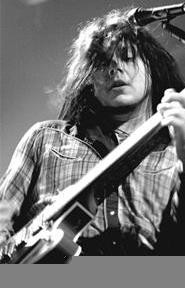 Once a steady presence around Cleveland, the Wickliffe emo sextet hadn't played live since spring. Days after the band submitted songs for Ernie Ball's annual Battle of the Bands contest, half the group quit. When they discovered they'd won one of four coveted local slots, they hastily regrouped.

The band recently has added Marcus Bierbaum on bass, and former founding member Matt Rogers has returned on guitar. Former singer Jeremy Taylor will join the band a final time for this show. "This is an opportunity to remind people that we are still around and will be back, full-go, at some point in the near future, hopefully," says guitarist Terry Geer.

According to Brian Ball, Cleveland is notable for its deep bench of talent. "I know I'm going to get a broad diversity of bands, and with other regions, I can't always say the same thing. Usually, I'm excited about Cleveland."

Ernie Ball stage bands begin at noon. Ball says that more than 11,400 unsigned bands entered the contest this year. After listening to the submissions, a small panel selected 280 bands to play the Warped shows. Online voters can still select four bands to win prize packages worth more than $10,000. The company will also select four groups to play at the Warped Tour after-party showcase.

Meanwhile, the Lovekill's new video for "Sleepover" is available online, at www.EyeballRecords.com. The slick, arresting performance clip was shot in an abandoned warehouse in California and directed by Warren Woodward (of California post-hardcore band Valley Arena) and Robert Schober.

· Mushroomhead has posted the cover from its new Savior Sorrow LP at www.megaforcerecords.com. The cover -- designed by the group's Skinny and Stitch -- features an image of a decomposing Virgin Mary. The disc is set for release September 19.

· Canton's Relient K has a marquee slot on this fall's Nintendo Fusion Tour, alongside emo/punk sensations Hawthorne Heights, Emery, and the Sleeping.

· Pearl Jam has tapped Akron's Black Keys to open for them on September 23, in Berlin, Germany. The Keys' first single from their upcoming Magic Potion album is available at www.Nonesuch.com.