Get the lowdown on the lineup for the 13th edition of punk's ultimate package tour. 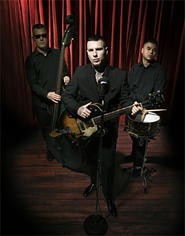 In celebration, the multistage, all-day affair has grown even larger. The band lineup alone features something like 55-plus names. And then there are all the vendors and attractions, like the Guitar Hero II tent and the Vans Skate Ramp.

So let's face it: Even if you're 16 years old with a belly full of Wired, it's impossible to see every band. You need a plan of attack.

Here are suggestions for breaking down the day's musical lineup according to theme. Our list is by no means definitive, but it's a perfect Warped 101 tutorial.

Miss these stalwarts and immediately forfeit all punk points:

Almost 60 bands, and only three on the Ohio bill are female-fronted? Weak, but at least the sisters got something:

The Buckeye State-represents, from local yokels to radio superstars, spread across a number of stages:

Another Found Self -- There are touches of new wave and Cheap Trick in this Youngstown act.
Between Thieves -- It ain't a party unless Akron shows up.
Bleeding a Memory -- The Cleveland outfit's debut is titled We Whisper to Be Heard, but that's simply not true.
Hawthorne Heights -- Dayton quintet that actually beat Ne-Yo for a number one slot on the Billboard charts.
Plague the City -- How? The band hails from Bowling Green.
Sappy Bell -- Playing Warped's midwestern leg, these C-Town roughnecks will slay all the SoCal pop punkers.
This Awkward Silence -- Even Lakewood, home to the dive bar, has turned emo.

On Death and Dying

In these times, it's even a popular subject matter for band and album names:

This year every foreign band hails from the United Kingdom or a former British colony:

Gallows -- Classic Brit punk from Watford, England. Envision a cross between the Sex Pistols and the Clash.
Parkway Drive -- Straight-up hardcore from the only Aussies on the tour.

A genre that was a Warped staple in the '90s returns -- sorta:

Big D and the Kids Table -- Longtime ska punks from the Boston area. Where else?
Fabulous Rudies -- Extrapolate the sound from the name.
Pepper -- More reggae-tinged rock than ska, it's exactly what you would expect from chilled-out Hawaii.
The Toasters -- These wacky dudes wrote the book on skankin'.

Picks for the aging Warped rockers -- you know, people in their '20s who like a little melody now and then.

Amber Pacific -- Tight, punk-inflected pop rock from Seattle.
All Time Low -- High-energy kids from Baltimore's suburbs, who don't take themselves too seriously.
High Court -- Funky and infectious as all hell, with a love for classic hair metal.

The core of this year's lineup -- shredding guitars and vocal-cord-busting shrieks. The following are just the loudest ones. You've been warned: