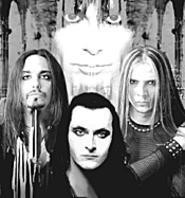 Back in the '80s, W.A.S.P. singer Blackie Lawless' crotch was such a big deal that congress and the PMRC had to step in and do something about it. Twenty years later, "Animal Fuck Like a Beast" holds up pretty well -- assuming you're in the mood for the most gratuitously offensive song in the history of mainstream metal. (The song starts, "I've got pictures of naked ladies/Lying on their beds" and quickly escalates.) Hindsight being 20/20, the U.S. government should have bided its time and taken action against recent W.A.S.P. discs The Neon God Parts I and II -- multi-installment concept albums just aren't cool.

Besides, after 15 years of increasingly rote releases, W.A.S.P. fans are definitely due some punitive damages, especially the Cleveland chapter of the fan club. Last time he came through town, Lawless showed up late at the Agora, kept fans waiting outside for hours, cut short the openers' sets, and wrapped up early. And unless there were some extenuating circumstances that didn't make it onto the internet -- maybe old injuries from his world-famous flame-shooting codpiece were acting up -- that just ain't cool, either.

But a picture disc of "Animal," shaped like a buzzsaw blade with a lightning bolt shooting through it -- now that's cool. As for L.A. Guns without Tracii Guns, Stephen Pearcy without the rest of Ratt, and Metal Church without most of Metal Church, well . . . Church's The Dark was a really good album.