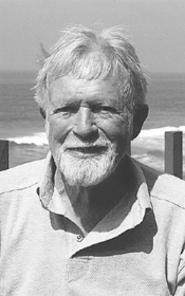 It's fitting that Hob celebrated his 40th anniversary of sobriety this week in Cleveland. This is where he was born and raised, and even though he became a serious drinker elsewhere, Cleveland is the city that started him on the road to health.

Now a resident of southern Colorado, Hob -- that's what he goes by, in keeping with AA's emphasis on anonymity -- is back home to promote his new book, Honoring Your Self: A Guide to Overcoming Addictions, and to spread his understanding of recovery from addiction. He'll be one of the speakers at this weekend's International LIFExpo 2000 at the I-X center, talking about "Habit or Addiction: What's the Difference?"

Hob, now 82, became what he thought was "an enthusiastic drinker" while working as an advertising copywriter in New York City. "I learned about the dry martinis and all that," he says. "I became an alcoholic -- drink by drink, drop by drop."

One of the keys to recovery is heeding one's wake-up call, which can come in many forms -- from, as Hob puts it, "a little tingle, like when St. Augustine heard a child in a garden singing," to getting picked up by the police for drunk driving. He knows of one woman who shot off her arm under the influence of cocaine, but it still didn't wake her up.

Hob's call came "one wonderful, sad moment" at the old Manger Hotel on East 13th Street. He was spending a lonely birthday with a half-bottle of booze, having just separated from his alcoholic wife and missing his three kids, when a Tennessee Ernie Ford spiritual came on the radio. "I suddenly got on my knees and started to pray." Two days later, on March 22, 1960, he entered rehab.

Honoring Your Self is based on the "wonderful 12 steps that were divinely inspired back in 1940," when Alcoholics Anonymous was founded. Hob expands on each step by focusing on its end result: forgiveness or gratitude, for example. The book goes beyond alcohol, addressing 12 types of addiction, ranging from overeating and overspending to nicotine and sex.

"We happen to live in a highly addictive society," he says. "Going from a bad habit to an addiction that becomes a boss in your life is a subtle journey. It's not like crossing the Cuyahoga River."

But we can get well if we have a burning desire.