What Your Butts Buy 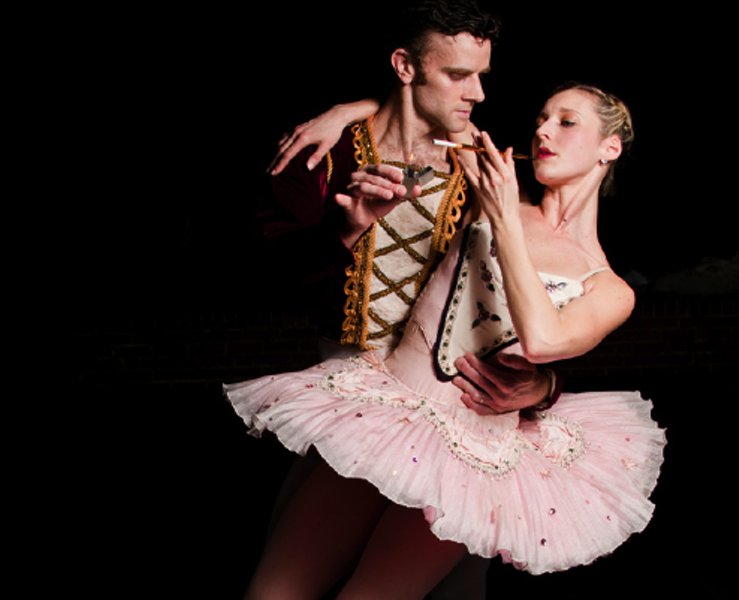 "I'm interested in how natural disasters can bring people together and tear them apart," says Nikki Smith, a Cleveland Institute of Art grad who hails from Kansas. As a teen, she watched a twister pick up a neighbor's home and drop it on her own. She's been drawn to stories of people in the face of catastrophe ever since.

Fellowship judges were impressed by Smith's initial drawings for Some Did Rest, her forthcoming graphic novel inspired by the 2008 earthquakes in Sichuan, China. While reading about the disaster, Smith was struck by reports of thousands of students dying in shoddily constructed school buildings. Also disturbing: a government declaration suspending the one-child policy to allow parents of the dead or handicapped a "replacement" child.

To ensure that Some Did Rest accurately portrays the devastation and speaks for what she calls an "entire generation of lost children," Smith will use part of the grant to travel to Sichuan. The hardest-hit area remains in ruins. — Joseph Clark

Although they've practiced all year, Northeast Ohio teens are speaking their stanzas with more urgency. And the stakes are high: Last week, five poets were awarded a July trip to San Francisco, where they will represent Cleveland in the Brave New Voices International Youth Poetry Slam. Excel there, and they'll be featured on HBO.

Slam U is one of Playhouse Square's lesser known programs: Teen poets mentor newcomers wanting to perfect their written and spoken words. "If they weren't here after school, do you think they would be at home writing?" says Colleen Porter, director of community engagement and education.

More than 40,000 area schoolchildren flow through the theaters each year, and in many cases, Playhouse Square even pays for the buses that deliver them. They come for performances, classes, and backstage activities. Older students serve as ushers, take master classes, and critique Broadway Series shows.

"Even our board members glaze over when I start to list our programs," Porter says. There are 65, and plenty are for grown-ups.

Perhaps most important: CAC funding keeps ticket prices down. A few years ago tickets were up to $22. Now, they average $16, family tickets are $10, and school tickets are $5.

If you're looking for a local version of America's most popular condiment, visit Heinen's for a jar of Ripe From Downtown Salsa. City students working for the Cleveland Botanical Garden's Learning Farms are just gearing up for this season's early plantings, but that salsa tells the story of last year's successes.

Six Learning Farms dot formerly vacant lots throughout Cleveland's inner city, employing 90 teens from surrounding schools every year. While they earn their pay, a curriculum tied to the school year has personal nutrition, environmental stewardship, finance, pricing, distribution, and marketing on the agenda.

"They learn more than just how to grow tomatoes — but they certainly learn that too," says Natalie Ronayne, executive director of the Botanical Garden.

About two-thirds of participants stick with the program throughout high school. Beginning this year, the Learning Farms expanded to include cool-weather hoop growing and unpaid community-based positions throughout the summer. And more products are on the way.