When You Wish Upon a Song

Why Disney may be saving more than the Jonas Brothers' and Billy Ray's careers. 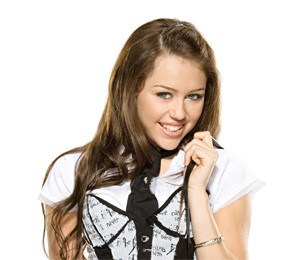 Less than a year ago, the Jonas Brothers were in label limbo, dumped by Columbia and set to go belly-up in an ocean of teen-pop competition. Most likely, the three siblings were ready to dissolve back into a solo project for kid brother Nick.

Now the Jonases are at the top of the heap — thanks in no small part to being the property of Hollywood Records, the recording arm of the Walt Disney Company. That means more than just a hit album last summer and a new one this year. And it means more than just a plum opening slot on the hottest tour of the season, the Hannah Montana & Miley Cyrus: Best of Both Worlds jaunt. It also means tons of Disney Channel and Radio Disney airplay — formats that essentially allow the company to promote and break the very artists they're invested in.

It means, simply, that if you have any tweens in your house, there's no escaping the Jonases. Or Miley and her dad, Billy Ray Cyrus (who, during his post-"Achy Breaky Heart," post-mullet, pre-Disney years, was off the charts and playing elementary-school gigs). Or Zac Efron or Vanessa Hudgens or anybody else who starred in High School Musical. Each and every one of them encourage our kids to believe that they can find true love and a recording career through karaoke . . . and that nostril-enhancement surgery might not be a bad career option.

Understandably, a lot of folks see this is as the first sign of the Apocalypse. Yes, Disney has much to answer for musically. But the company is rapidly becoming the last great defender of the classic American pop song — at least in what can still be called the mainstream. Just ask any music fan under 14.

Still, not everything that Hollywood releases is a guaranteed classic. If you're easily annoyed by hyper-processed vocals or stick-in-your-head jingles stuffed with Stuart Smalley-style messages of self-worth — and you probably should be — Hannah Montana, Hilary Duff, and the rest will be indistinguishable from any American Idol hopeful.

But in pop music, where melody is quickly becoming an afterthought, it's heartening to note the presence of a songwriter like Robbie Nevil (who had a No. 1 hit with "C'est la Vie" in 1987) on Hannah Montana's creative team. After his solo career fizzled, Nevil returned to songwriting (he penned tunes for Earth, Wind & Fire and the Pointer Sisters back in the day) and has since carved out a pretty solid career composing tunes for Babyface, Melissa Etheridge, and others.

In the old days, people would have called Nevil a song doctor; meaner people might have referred to him as a hack. But our collective senses have been dulled by years of moaning, two-chord R&B vamps held together with Scotch tape and melisma, and three-chord rock so naïve, it purports to have invented not only the 1-4-5 progression but lyrics about lost love.

Sure, it's easy to dismiss a Nevil-assisted track like "We're All in This Together" (from High School Musical) as plastic soul or sneer that Hannah Montana's "Nobody's Perfect" (another Nevil collaboration) is just teen-empowerment techno. But there's something real about the songs — which are built the old-fashioned way, with verses, choruses, bridges, and hooks galore. And if you have to watch the Disney Channel or listen to Radio Disney (and, in turn, make further restitution to the Walt Disney empire) to experience that sort of songcraft, so be it. There are far fewer opportunities than there used to be.

More than anything, however, Disney is upholding an American tradition that's becoming increasingly endangered. Even though it pockets gazillions of parents' hard-earned dollars every year, the company has a long legacy of preserving the past. There isn't a better repository of classic kids' songs than the records that singer-songwriter and Mountain Stage host Larry Groce cut for Disney in the mid-'70s. (They've been repackaged numerous times, but four volumes of Children's Favorites remain in print and can be found at your local Disney Store.)

Besides, Disney has rerecorded many of its classic movie songs, both old and new, using some of its current crop of TV and music stars. Many of them are collected on the Disneymania CD series, which is a decidedly mixed bag (how many versions of Phil Collins' Tarzan tune, "Strangers Like Me," are absolutely necessary in one lifetime?).

But when you own material like "Zip-A-Dee-Doo-Dah" (Miley Cyrus is among the many who've tackled it) or the Jungle Book fave "I Wanna Be Like You" (the Jonases had a go at this one), you'd be crazy not to rehash it. Besides, who doesn't want future generations to hear these songs — no matter who's singing them? If there's such a thing as pop standards anymore, odds are pretty good that Disney is among the very few making and maintaining them.

If you detest the House of Mouse and all it stands for, Hannah Montana and the Jonas Brothers probably won't change your mind. But you can comfort yourself by thinking of all the treasures Disney is helping to preserve and protect — it's a list that includes generations-spanning classics to the very essence of pop music itself. And every single one of them is way more timeless and vital than Billy Ray's mullet.