Whether for Contemporary or Old Music, Two Artists Find Cleveland a Great Place to Live and Work

Cleveland provides fertile ground for artists who have grown up or gone to school here and later decided to make the city their home and a place for creating their artistic identities.

Just to choose two examples, composer and new music advocate Timothy Beyer, and Baroque oboist Debra Nagy have chosen to settle here — rather than move to the coasts — and each has established an ensemble that both represent their individual artistic missions and contribute to the cultural life of Cleveland. 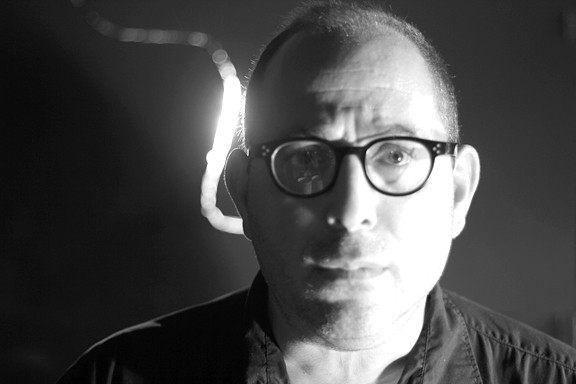 "Music was always part of me," native Clevelander and No Exit artistic director Timothy Beyer said, "although when I was a kid I never thought I would be a composer in the classical music sense. I was sure I would compose, but I thought it would be in the rock or jazz genres."

Beyer, who spent most of his pre-adult life in the Heights, said that like a lot of kids, he began studying music at a young age, and played in a number of bands with friends.

"In the 1990s I formed a Jamaican Jazz band called Pressure Drop," Beyer recalled. "We toured, recorded a record, and were featured on a few compilation CDs. It was a great way to spend my 20s, although it wasn't something I saw myself doing forever."

When Beyer began to find the Pressure Drop's music to be too limiting for his expanding musical ideas, he started to think seriously about pursuing a career in classical music, a genre he had enjoyed all of his life. "Because the band was touring and playing a lot of gigs, I enrolled at Lakeland Community College. That was the easiest way to fit in my studies, and it seemed like a good way to get an education."

After Lakeland, Beyer decided to totally immerse himself in his classical music studies. He enrolled at Cleveland State University and studied composition with Andrew Rindfleisch and Greg D'Alessio. "Both of them were wonderful teachers and the school provided me with the best set of circumstances I could ask for," Beyer said. "Some college students are trying to find themselves, but because I was older, I had a very clear idea of what I wanted to do. I just needed to find the tools and the means to get there, and Andy and Greg were big forces in my life."

Beyer earned bachelor's and master's degrees in composition while beginning to create new music groups. "All composition students look to their peers to perform their music. During my last year as a student, I officially formed No Exit with pianist and composer Nick Underhill, violinist Cara Tweed, violist Tom Bowling, and cellist Nicholas Diodore. After I graduated in 2009, we became a professional ensemble. Composer James Praznik, and our art director, Matt Shaffer, have also been involved with the group since the beginning."

Beyer noted that forming an ensemble was essential to the development of his career. "Musicians, and especially composers, need to be entrepreneurial," he said. "It becomes clear very quickly that if you want any chance of having a life in this business, you have to create your own opportunities. And I find that I'm much happier doing it this way."

Did they think about the role that No Exit could play in the musical life of Cleveland when they formed the group? "We did, and not to sound too full of myself, we planned out a course from the beginning and we've stuck with it. We've been very lucky that so far it's paid off. We knew it would take some time to build an audience that would support groups like us. We needed to develop relationships with venues that fit the music we play, and places whose audiences were already somewhat aware of new music. That way, we'd have a chance of getting people in there even if they didn't know us."

Since the group's founding, No Exit has performed regularly at Cleveland State University, where they are an ensemble in residence, as well as at SPACES Gallery, and Heights Arts.

Over time, No Exit has increasingly made collaborations an important part of their programming philosophy. "As I've grown older, I see less of a separation between artistic mediums," Beyer said, "and over the past few years we've sought out collaborators who blur those lines. We've also brought in some great musicians from all over the country. This also ties into the idea of creating a culture for what we do. Cleveland has a lot of great new music groups aside from us, but it is beneficial to bring in people who I feel are the best at what they do. And the audiences have been responded positively."

Beyer takes great pride in the fact that No Exit has had only one personnel change since 2009, when violist James Rhodes replaced Tom Bowling a couple of years ago. "Everyone has a good time making music together, and they want to get it right. There has been an astounding level of dedication to the ensemble, and all of the members have dedicated to make their homes in Cleveland. They've had opportunities in other places, but have chosen to stay because they want to be here."

How does Beyer spend his time in the city when he's not working? "I could talk about Cleveland all day," he said with a laugh. "I've always been a local history buff, and there's a plethora of interesting buildings and neighborhoods in this city. I do go to the Art Museum on a regular basis, and I like going to the police museum and some of the lesser-known cemeteries. And now that there are many great restaurants in Cleveland, I do take advantage of them. My folks were very hip on Zack Bruell's restaurants, so I grew up eating at them. I still think they're as good as it gets, but I do enjoy all of the great ethnic food as well."