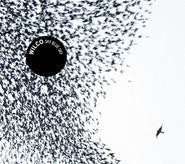 Since 1995, Jeff Tweedy has structured and restructured Wilco to match his rock and roll ideal. First came A.M. , leftover dust on the boot heel of Uncle Tupelo, the pioneering alt-country band he co-founded with perpetual mope Jay Farrar at the end of the '80s. On 1996's Being There, a two-disc set, Tweedy surveyed a quarter-century of rock and roll from an end-of-the-millennium perspective.

By the time Tweedy and his revolving backing band unwittingly mused about post-9/11 fear and paranoia on their 2002 masterpiece Yankee Hotel Foxtrot, the onetime shit-kickers had evolved into one of America's most esoteric groups -- a rock and roll band that rarely rocked, seldom rolled, and gave the impression that it was a bunch of sad sacks wedded to their mixing board.

But something funny happened around the time A Ghost Is Born was released three years ago: Wilco became a jam band, and a damn good one at that. Tweedy's vision of a unified Wilco was realized throughout a yearlong tour. Suddenly, the new group sounded invigorated -- particularly guitarist Nels Cline, the first guy to truly spark Tweedy since Jay Bennett left the band during the recording of Yankee Hotel Foxtrot.

On Sky Blue Sky, Tweedy propels Wilco to its most uniform, least disjointed album since Being There. Mixing a bit of twang, folksy ornament, and a whole lotta guitar, the record has a natural and easygoing charm that washes over Ghost's often cluttered racket. Acoustic opener "Either Way" is the most unassuming start to any Wilco record. It's as if all the demons Tweedy's been bitching about since 2001 have finally been exorcised, and he's welcoming listeners to his daydream.

Much credit goes to the jazz-trained Cline, whose improvisational skills transport Wilco into a whole other realm. He fills out the spaces of Tweedy's tunes, closing the holes that left many of the band's songs sounding unfinished (just compare studio versions to their stage adaptations on the live Kicking Television CD). Cline's warm guitar solos on "Impossible Germany," "Hate It Here," and "On and On and On" evoke the wide-open azure of the album's title. If 1999's Summerteeth was Wilco's hot-weather record, Sky Blue Sky is its springtime mix. It's a rebirth of sorts, a document of a band blossoming into a cozy and colorful new creature.