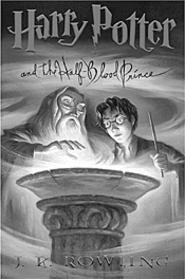 To mark the book's arrival, Legacy Village turns into a magic-themed commune, fronted by Joseph-Beth Booksellers' pre-release party at 9 p.m (24519 Cedar Road in Lyndhurst; call 216-691-7000). Muggles of all ages are encouraged to wear costumes for a night of contests, giveaways, and activities. The Blue Heron Bookstore (1593 Main Street in Peninsula; call 330-657-2527) joins 18 other businesses (at 6 p.m. Friday and 10:15 a.m. Saturday) in transforming the historic burg into an Enchanted Village, complete with a Forbidden Forest. And all area Borders and Barnes & Noble stores host various Potter-themed events on Friday before the selling frenzy begins just after midnight. (Most of the festivities are free, but some require tickets.)

"At the release party for the last Harry Potter book, we had 2,000 people, and 1,200 of them were adults," says Joseph-Beth's Stephanie Siegel. "It's almost like Halloween, but more magical." -- D.X. Ferris

Tune Up
Painesville throws a mini-Woodstock.

More than 25 bands and acoustic-guitar-wielding troubadours take the stage at this weekend's Painesville Party in the Park, which is celebrating its silver anniversary -- although its all-music format is a relatively recent development. "We wanted to draw more people," says host Kip Smead. "And in the last five years, it's become the largest free music festival in Ohio." There's something for everyone: Blues, soul, reggae, rockabilly, funk, and rock are all represented by regional bands, as well as a few from New Jersey and Virginia. "The park was at capacity [last year]," says Smead. "Everyone had a grand time with lots of good food, great music, and even better brews." Rock out from noon to midnight Friday and Saturday, and noon to 11 p.m. Sunday at Veterans Park, 7 Richmond Street in Painesville; call 440-392-5912. -- Chad Felton

The year's most excellent DVD set has just arrived. Bill & Ted's Most Excellent Collection crams 1989's Bill & Ted's Excellent Adventure, 1991's Bill & Ted's Bogus Journey, and a bonus disc (filled with documentaries, interviews, and a Bill & Ted cartoon) onto three discs of very righteous fun. Ostensibly about two time-tripping California kids -- played by Keanu Reeves (who makes a better stoner than he does an action hero) and Alex Winter -- who hang out with Napoleon, Socrates, and Benjamin Franklin, the movies are really a point of origin for Wayne and Garth, Harold and Kumar, and those two dudes who lost their car. Most excellent indeed. -- Michael Gallucci

There's nothing we like more than fresh fruit and veggies. Of course, we'd never get our hands dirty actually picking them out of the ground or off trees. That's why we love the North Union Farmers Market so much. It does all the work! It's open every Saturday from 9 a.m. to 1 p.m. through October 29 at Crocker Park (Crocker Park Boulevard in Westlake). Admission is free; call 216-751-7656. -- Michael Gallucci