Ex-FBI agent gets his undercover life between the covers of a new book. 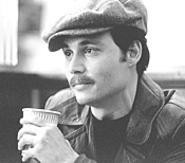 Retired undercover cop Joseph D. Pistone swears that Johnny Depp (who played him in the 1997 flick Donnie Brasco) has got nothing on him. "I'm better looking," Pistone laughs. "He's just got a little more hair than me."

It's a moment of levity for a guy who risked life and limb when he infiltrated one of the country's biggest crime families and made his career mingling with drug dealers, Mafiosi, and all sorts of other bad people. "I didn't have to learn about the mob, because mob guys were in the neighborhood I grew up in," he explains. "And I didn't have an ax to grind against any of these guys. It was just a job.

"But if you're not [a little] scared, you're gonna get hurt. You always have to be aware of your surroundings, and you always have to be mindful of what you're doing and who you're dealing with. If these guys feel you're wrong or bent, they're not gonna think you're an undercover FBI agent. They're gonna think you're a snitch. And they're not gonna have any problem putting two behind the head."

On Thursday, at Tri-C's Western Campus Theater, Pistone presents a discussion and book-signing centered on his new tome, The Way of the Wiseguy, which reads like a how-to manual for would-be mobsters ("Be a Good Earner" and "Look Like You Mean Business" are two of the bite-size chapters). Still, Pistone, a former special agent for the FBI, doesn't encourage young law officers to enter the undercover field. "Not everyone is geared to do this," he says. "It [takes] a special mindset. If you have that seventh sense, you do it.

"I was a natural. I grew up in a tough neighborhood. I knew the streets. I'm comfortable there."

Pistone spent six years, starting in the mid-1970s, inside the Bonanno crime family. He became a petty jewel thief named Donnie Brasco and befriended a hit man within the organization. Pistone was a connected member and took part in many of the organization's law-breaking activities (mostly thefts). His undercover work eventually netted several key arrests -- as well as a $500,000 contract on his head. "I'm not worried about that so much anymore," shrugs Pistone (who doesn't like to be photographed, for obvious reasons). "Most of those guys are dead or are in jail.

"And a lot of the young guys don't know what the hell is going on. They're just out there trying to sell dope. It's the downfall of the mob."

Since the hit movie ("It kept to the true story," he says), Pistone has served as consultant and technical adviser on several films and TV shows, and had a producing gig on CBS's Falcone. "[Most of them] are laughable," he says. "They don't get it right, because they don't want to get it right. They don't show all the tedious hanging out and typical bullshit that goes on with bad guys every day.

"Nobody wants to see guys hanging around the social club, playing gin all day and telling lies to each other."