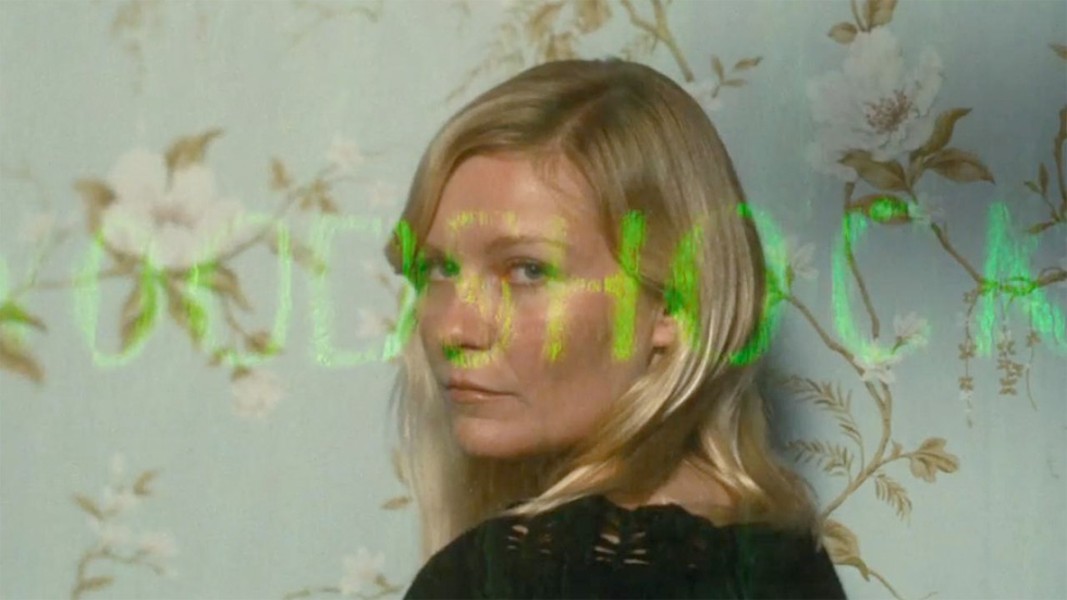 Sisters Kate and Laura Mulleavy, a couple of UC Berkley grads with an eye for fashion (they've made cutting-edge ads for Target and Gap, and they own a clothing and accessories line), deliver their feature-length debut with Woodshock, a drama they co-directed and co-wrote. The film centers on a grieving woman (Kirsten Dunst) who regularly smokes some really strong weed and struggles to deal with the effects.

Visually striking, thanks to the stellar work of cinematographer Peter Flinckenberg, the slow-moving movie produces a mood, but it fails to provide an engaging narrative and ultimately makes for a rather numbing viewing experience. It opens on Friday at the Cedar Lee Theatre.

The film begins with a scene in which Theresa (Dunst), who works in a medical-marijuana dispensary, helps her mother, who's on her deathbed, bring her life to an end. Debilitating grief follows, but neither her boyfriend (Joe Cole) nor her boss (Pilou Asbaek) can console her, so Theresa turns to drugs for some sort of solace.

Flinckenberg does such a pro job with the cinematography that even a scene in which Theresa goes through the carwash comes off as something eerie and surreal. And the various shots of pot buds and joints make the drug look truly luscious and enticing.

Dunst ultimately succeeds in portraying a woman so dazed and confused that she can't even take a shower. In one scene that takes place in the bathroom in her room, she tries to wash but when she looks in the bathroom mirror, she sees herself covered in blood. And she practically has a panic attack when she hears the water dripping in the bathroom sink. She finally just crouches atop the toilet and stares into space.

The Mulleavy sisters get a good performance out of Dunst, but it's all for naught in the end as the film fails to advance its narrative in any discernable way. The movie becomes rather repetitive as we see Theresa smoke, then hallucinate and repeat.

A beautifully filmed character study, the movie would've worked much better as a short.