The Rock Hall celebrates the many different sounds of our planet. 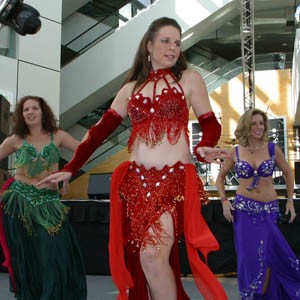 Ritualistic drumbeats, swirling skirts, and jiggling bellies pay tribute to music’s multicultural roots at the Rock Hall’s World Festival Day bash. “We acknowledge, celebrate, and appreciate the diverse cultural communities in the Greater Cleveland area,” says museum spokeswoman Jenny Steadman. “The United States is a rich melting pot of ethnicities. We try to single out as many of these groups as possible, so people can appreciate not only their significance to the community, but also their importance in shaping rock and roll.”

Steadman says there’s no shortage of local groups vying for a spot at the event, which marks its seventh anniversary this afternoon. Jamaican, Brazilian, Middle Eastern, Mexican, and African music all show up on the program. “We try to represent as many different cultural groups as time allows,” she says. In addition to all the singing and dancing, vendors will exhibit and sell art, crafts, and other items from their communities. Steadman hopes the vast lineup inspires visitors to appreciate their own cultural contributions to popular music. “Many people come to the museum with a very classical sense of rock and roll,” she says. “They look at it from a distance. We want them to learn that many different groups have contributed to rock and roll as we know it today.”
Sun., Oct. 14, 10 a.m.-5:30 p.m., 2007