Worth More Dead Than Alive 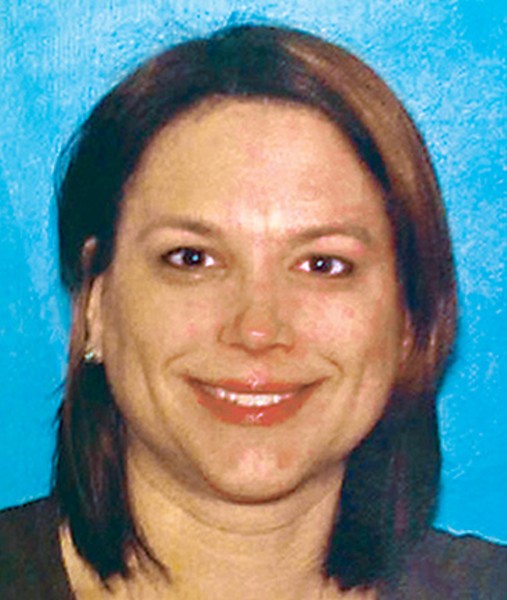 Sabrina's childhood home in Wickliffe where she lived with her father, Mark, and grandmother

Situated on a one-acre lot between a quiet, dead-end gravel road and a peaceful bend of the shallow Chagrin River sits a charming three-bedroom home in the rural suburb of Willoughby Hills. A small trampoline and child's wooden playset with swings and a small slide sit on the edge of the huge front yard. Parked in the driveway, not far from a tiny white and purple bike affixed with training wheels, is a new blue Chevy Malibu.

If you happened to drive by—perhaps you missed your turn on the hilly Eagle Mills Road and decided to use Chagrin Drive to turn around—you'd likely think a happy young family lives there.

From the outside, you would never be able to tell what happened inside last fall: a brutal, bloody and calculated murder. Late one November night there, a mother was attacked by her high-school senior foster daughter while she was sleeping. She was stabbed to death in front of her two biological daughters who were awakened by the commotion. A three-year-old girl was cowering in her parents' bedroom closet while a panicked 13-year-old was on the phone with 911 begging for help, futilely pleading with her foster sister to stop plunging the knife into her mother.

Her stepfather—her mother's husband of six years, father of the three-year-old, and foster father to the attacker —was out working.

"Are you okay, Mom?" the eighth-grader asked while connected to the 911 dispatcher in the middle of the horrific call that lasted nearly four minutes. "Are you okay? What happened? STOP! PLEASE! OH MY GOD! MY MOM'S GOING TO DIE!"

Knoefel 911 call
Update Required To play the media you will need to either update your browser to a recent version or update your Flash plugin.

A Willoughby police officer arrived shortly after the call was placed.

"I pulled in the driveway and I saw a young female exit the front door and tell me that I better hurry up, that her sister was stabbing her mother to death," he testified a few days later. He went down the hallway and ordered the attacker to come out with her hands raised. She did. She was bloody "from head to toe" and sobbing, holding the 12-inch knife she used to kill her foster mom. He "secured" her and went into the bedroom.

"The female was laying motionless; there was a really small minor child in the closet that was crying," he said. "There was nothing I could do—the female was deceased."

Coroners counted 178 stab wounds on her 5-foot-8, 150-pound body. (She was still alive mid-way through the attack and 911 call.) She was stabbed 62 times in the head and neck—some as deep as an inch into her face and three inches into her neck. She was stabbed 27 times in her torso, some digging deeper than three inches into her chest and lungs. She was stabbed 89 times in her arms and legs and was still wearing her wedding ring ("double-banded white metal with clear stones") when her body arrived for the autopsy; her left pinky and right thumb had "near-complete amputation."

Sabrina Zunich has been in the Lake County jail since Nov. 16, 2012. The 18-year-old foster child and Willoughby South senior was the young woman found covered in blood.

Why, though? Why would Zunich kill the woman who took her in and gave her a good home?

266 days after the attack, another member of the family arrived in the same jail. Prosecutors finally believed they had concrete evidence of the horrifying answer to that question.

Very little is publicly known about Zunich's life prior to killing Lisa Knoefel three weeks after turning 18. Her juvenile records are sealed and employees who work for Lake County youth programs say they aren't even legally allowed to confirm or deny that somebody named Sabrina Zunich existed before she turned 18.

But Scene obtained records and talked to sources that piece together an outline of Sabrina's troubled life. She was a special education student, according to an administrator at Willoughby South High School and a close friend of hers at Wickliffe High School. (That claim is disputed by one of her attorneys, public defender Terry Hess. He said he wasn't aware of that and didn't think it was true).

Sabrina was born in 1994, the offspring of 35-year-old Wickliffe resident Mark Zunich and 40-year-old Susan Edwards of Cleveland. Mark and Susan weren't married, but they did have some things in common: drug abuse and legal troubles. In 1984, her mom pleaded guilty to grand theft for scamming the Cuyahoga County Welfare Department out of nearly $2,000 and was sentenced to six months of prison in Marysville and five years of probation. In 1990, Edwards "furnished" drugs to a group of 14- and 15-year-olds in Cleveland. Sentencing was delayed in that case because she was giving birth to Sabrina's half-sibling—and she was later charged with obstruction of justice. By Sabrina's birth, her father already had a handful of drug- or alcohol-related impaired driving and disorderly conduct arrests. When Sabrina was 16 months old, Mark was arrested for domestic violence.