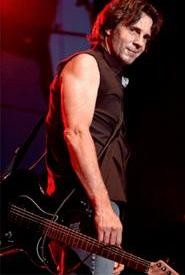 "We talked to a bunch of labels," says drummer Patrick Carney. "And we never met a label like Nonesuch. They're all about just putting out music that they like. And there was way less bullshit with them than with any of the other labels. We were glad they wanted us. They let us turn in any record that we wanted to, and they let their bands do what they want to do."

The Keys' Nonesuch debut, Magic Potion, is finished and set for release September 12. Carney says the disc is more of a loud-rock record than 2004's Rubber Factory was. The band's previous albums were mastered in Los Angeles and New York City, but the Keys had the new disc mastered at Cleveland's Magnetic North Studios, by Chris Keffer (Guided by Voices, the Six Parts Seven).

"If you look at our roster, the one constant is artists with an undeniable thumbprint, who aren't like anything else," says Nonesuch Senior Vice President David Bither, who made up his mind to sign the band after witnessing the hometown crowd's reaction at February's show at the Agora Theatre. "I don't know exactly where they're going in the future, but it's limitless."

Before the disc's release, the Keys open six shows on Radiohead's summer tour. The band's "I'll Be Your Man" appears on the new soundtrack album from Rescue Me, the F/X dramedy featuring Denis Leary.

· The Ingenuity Festival of Art and Technology will return to downtown Cleveland for a second year July 13-16. Get an advance taste of the multimedia extravaganza at www.ingenuitycleveland.org, which features music downloads, podcasts, and more.

· Cleveland post-hardcore breakout the Lovekill will return to town July 22 for a CD-release party at the Beachland Tavern (15711 Waterloo Road), celebrating the release of its full-length debut, which hits the streets Tuesday, July 11. These Moments Are Momentum will feature two songs from the Sleepover EP as well as eight new tracks. The band will mount a two-week tour with Illinois genre-brothers the Felix Culpa in July, followed by several Warped Tour dates, including the August 11 Cleveland stop.

· Teeth of the Hydra, the power-sludge trio featuring Jamie Stillman (ex-Party of Helicopters, Harriet the Spy) on drums, has finished recording its full-length debut with producer-engineer Sanford Parker (Minsk/Pelican). Titled Greenland, the disc is now set for September release via New York City's Tee Pee Records. Singer-guitarist Matt Miner says the eight-track disc, which clocks in at 51 minutes, explores some new directions. "A few of the new songs have a new vocal and riffing style that sounds very little like Teeth. All five [of our] fans will be surprised. The other songs are just fuckin'-A brutal."

· Vintage-style punks the Subtones are at work on their ninth full-length LP, tentatively titled The Curse of the Subtones and set for late-summer release. The band is producing and recording the disc in singer-guitarist C.J. Gunn's attic studio. Gunn says the album is "a good mix between aggressive punk meets riff rock." Highlights from the band's first decade of excess are now available on the new Best of CD, a 26-track compilation.