The Warped Tour gets older, but its ever-growing audience doesn't. 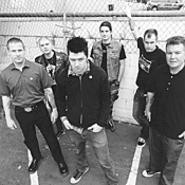 Al Barr's first child is due this November. But the 35-year-old frontman for Boston's brawling Dropkick Murphys is already feeling like something of a punk patriarch on this year's Warped Tour.

"I feel like an old fuckin' man," Barr sighs from a tour stop in Texas, his New England accent as thick as clam chowder. "Forget it. I stay on the bus. It's weird, seeing all these kids come in and tell you they were born in this year, and I'm thinking 'Jesus Christ, I was in my first band before this kid was even born.'"

Perhaps the most remarkable aspect of Warped is how successful it has been at continually connecting with pubescent punks, even with its stockpile of veteran acts. Headlining the tour along with the Murphys are Pennywise, Rancid, and Less Than Jake -- all of them the usual suspects, who give name recognition to a bill full of lesser-known up-and-comers like Thrice, the Used, and Atmosphere. Now the longest-running package tour in America, eight-year-old Warped was born when Lollapalooza and H.O.R.D.E. were going strong. Crowds for those tours eventually dwindled as the novelty wore off -- but not for Warped, which brings in loads of new young fans every year.

A blitzkrieg of more than 30 bands on half a dozen stages -- all for a base ticket price of $25 -- Warped is well suited to the fast pace and short attention spans of Generation XBox. Each band performs a half-hour set, and the tour only plays venues with general admission, allowing kids to get up close and personal with the bands and each other. At Tower City, the main stage is divided into two separate performance spots. One group sound-checks while the other plays, then the former begins as soon as the latter finishes; there's literally not one minute of downtime between acts. Throw in a half-pipe for skaters and BMX bikers, and vendors hawking everything from hempwear to cell phones, and it's no wonder that the crowds never grow old with the tour itself.

Warped's track record for breaking new bands doesn't hurt either. Big names such as Blink-182, New Found Glory, and Good Charlotte practically built their careers on the tour; at least one group is propelled to stardom every summer. Last year, it was the irreverent Canadian pop-punk outfit Simple Plan. Its 2002 debut, No Helmets, No Pads, Just Balls, went gold after the band landed a prime spot on Warped.

"It's been an important tour for us, ever since it started," says Simple Plan guitarist Jeff Stinco. "Three years ago, we started playing the tour. We started with two dates, then eventually graduated to a week and a half, and now we're doing the whole summer. I think people associate us with the tour more and more. It's important for us, because it helps us reach people who do the same kind of music that we do. Warped has never tried to be something that it's not. It's the same formula, people know what to expect, and they know that they'll hear good music year after year."

The breakout act of this year's tour could be the L.A. agitprop rockers S.T.U.N. Fueled by the works of philosopher Daniel Quinn and linguist Noam Chomsky, the band mates the galvanized political fury of At the Drive-In with bristling guitar bombast. The band's recently released debut, Evolution of Energy, is a punk-rock call to arms, with vein-popping vocals and anti-authority lyrics.

"Perry Farrell once said that if you're not pissing people off, you're not getting anything done," S.T.U.N. guitarist Neil Spies says. "The music and the lyrics demand participation. They're thought-provoking, but they're not hitting anybody over the head, demanding that they think a certain way. In fact, a lot of the record is demanding that people think their own way. I don't think anything in life should be not enjoyable. Even getting information is something that should be exciting."

Of course, along with the excitement of Warped's new faces comes the tour's share of physical challenges. It's one of music's most grueling treks of the year, cramming in more than 40 dates in less than two months, and hitting cities everywhere from Idaho to Quebec, Canada. "I was checking out the dates at the beginning of the tour, and I was like 'Holy shit, it's gonna be so hard, so long, and so tedious,'" Stinco says.

By often playing parking lots and other nontraditional venues, the tour is also susceptible to harsh weather. "We were on the stage in Phoenix, Arizona, and it was 115 degrees," Barr says. "But it's a dry heat. Yeah, it's blow-dryer heat."

Road-weary musicians and scorching pavement aside, fans and bands keep coming back to Warped. The Murphys are in their fourth year; Pennywise, its fifth. In a summer that's shaping up to be a dog for the concert industry, with tours from Lollapalooza to Mariah Carey bombing, Warped is having another banner run.