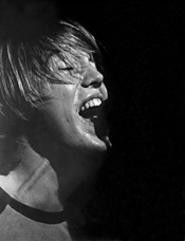 It should have been sponsored by Kool-Aid. Or perhaps Nesquik. Though the second annual Cleveland Music Fest was presented by Pabst Blue Ribbon, half the bands and many of the fans in attendance sure as hell weren't old enough to drink the stuff. Granted, there were plenty of veteran acts on hand, but most of the bands were as fresh-faced as CMF itself. This isn't a bad thing; it simply illustrates that both the festival itself and the majority of its performers are still in their developmental stages.

Consequently, there were the predictable growing pains. Friday night was plagued by late starts and lengthy delays. The fest's lone hip-hop showcase was scheduled to start at seven at Metropolis, but the club didn't even open until eight, thus throwing the schedule hours off course. Likewise, the shows at both Club Hi-Fi and the Symposium started more than an hour late.

Things did begin promptly at the Phantasy, however, where Furnace St. took the stage at six and provided an early highlight. Though only about a dozen people had gathered by the show's outset, Furnace St. played as if the club were packed, with frontman Adam Boose throttling his guitar and baring the teeth of the band's formerly reserved synthpop. Dropping an added layer of guitar crunch over pulsing, electronic backdrop, the band became considerably more propulsive. Also acquitting itself well was Crimson Rain at Club Hi-Fi. Turning in a set of moody, distempered modern rock, the band was buoyed by an excellent guitarist whose slide work brought to mind the stark beauty of Ry Cooder's Paris, Texas soundtrack.

Saturday began with a noon showcase at the Odeon. With a handful of industry dudes at the venue, this was the bill that bands jockeyed hardest to be part of. It hardly lived up to expectations. Each act was given only 15 minutes to perform, and the quality of the bands left much to be desired. It wasn't that they lacked talent; it was just that many of them were so young, they hadn't established their own identities yet. Red Shift Rising, composed of sophomores from Highland High School, dropped bland, faceless grunge lite that reflected the members' adolescence. Punk neophytes Without Reason looked no older and weren't much more original, with their leering pop/punk, which came across as a more muscular Blink-182. They did display some sass, however, by bombarding the audience with tampons at the end of their set, and they were better than the dunderheaded Fetish Doll, a bunch of middle-aged dudes who looked as tired as their meaty metal sounded. Clearly, CMF's practice of awarding showcase slots to the bands that sold the most tickets backfired; the acts that ended up on this bill were simply not among Cleveland's finest.

"The chances of anybody in this room getting signed is slim and none," said Mark O' Shea, a partner in Chicago-based 21st Century Management. "The only way you're going to get signed is to be different from everybody else. And the only thing that's going to make you different from everybody else is living, breathing, and sleeping your rock and roll. If you don't do that, get out."

Burning Dawn, which positively tore up the Agora, turned in the evening's finest performance. Playing behind steel barriers that formed an in-your-face spot in the venue's bar room, the band ripped through a set of mathematic grind that clawed at metal conventions with an equally cerebral and unhinged charge.

Ironically, the venue where one would most expect to hear metal -- P.I.T. Cleveland -- hosted an eclectic bill generally free of the anticipated testosterone. The Decline turned in a set of frenetic mescaline folk that culminated with singer Heather Gmucs setting her CMF badge on fire. Sutra followed with smoldering, whip-smart rock as fiery as singer Laurie Styron's blazing orange locks. Also noteworthy were the Interns, who kicked off the night at the Symposium with impassioned, raw-lunged emo.

The standouts on Sunday were similarly hard-hitting. Bruhaha belted out nasty, Eyehategod-inspired screechcore at the Phantasy. Embers to Ashes impressed with classy, technical thrash with a slight European bent at the Symposium. The Bedroom Allstars countered at the Phantasy with venomous hardcore rap/rock abetted by attitudinal cuts like "Beer Whore" and a beefy frontman with serious mic presence. The young, moshing crowd drank it up. It was about the only thing they were legally allowed to.