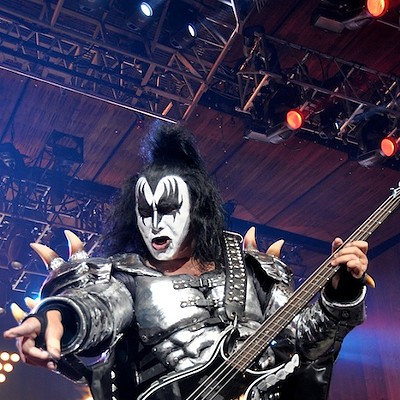 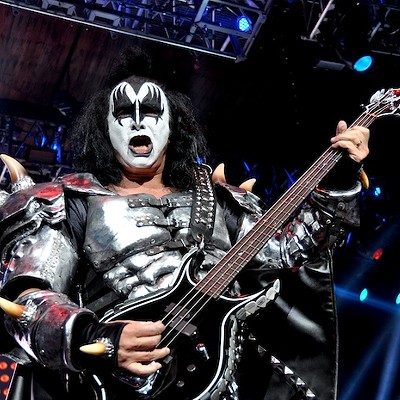 To state the obvious: Kiss and Motley Crue make for perfect touring partners. While both acts are admittedly past their primes, their theatrical approaches compliment each other nicely and make for some damn good entertainment. That was certainly the strength of last night’s show at Blossom Music Center that started off with a bang when Motley Crue took the stage.

“Welcome to the crazy, fucked up world of Motley Crue,” singer Vince Neil said at the beginning of the band’s 90-minute set just after the group delivered a crowd-pleasing rendition of “Shout at the Devil.” Throughout the show, scantily clad women danced on the stage alongside the band. During “Dr. Feelgood,” a woman in a straightjacket was hoisted up to the rafters. A cadre of assistants came out regularly to man a pair of high-pressure water cannons and soak the crowd. While he struggled to hit the high notes and has put on more than a few pounds, singer Vince Neil deserves credit for hanging tough. The guy twisted his ankle badly as the beginning of the set but managed to gut it out, limping the entire time. And for the set’s closing number, “Kickstart My Heart,” it all came together as fireworks shot off at the song’s conclusion.

Not to be outdone, Kiss had plenty of tricks up its collective sleeve as well. The band descended onto the stage from the rafters for the opening number “Detroit Rock City” and then delivered hit after hit, including “Shout It Out Loud” and “Lick It Up.” Gene Simmons doesn't move so well these days but he can still breathe with the best of them and he literally took a torch and While singer-guitarist Paul Stanley’s voice made him sound like a feeble old woman when he spoke between songs, he had fond memories of playing the Cleveland Agora and handed lead vocal duties over to drummer Eric Singer (who could really wail) for “Black Diamond.” The band appropriately concluded with “Rock and Roll all Nite,” showering the audience with confetti. It was an appropriate conclusion to a night of mindless music.