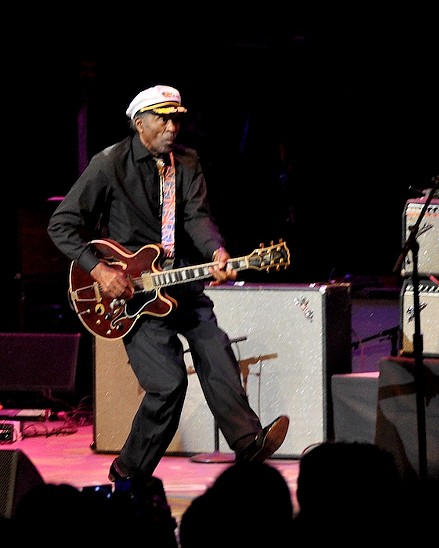 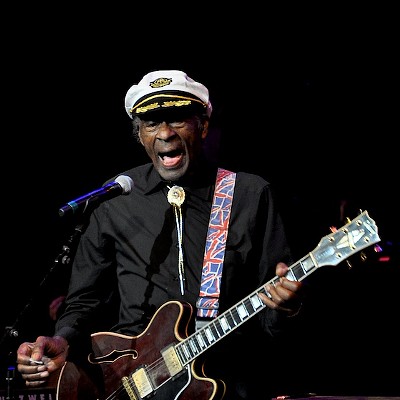 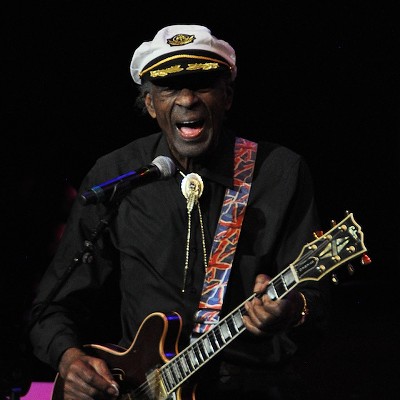 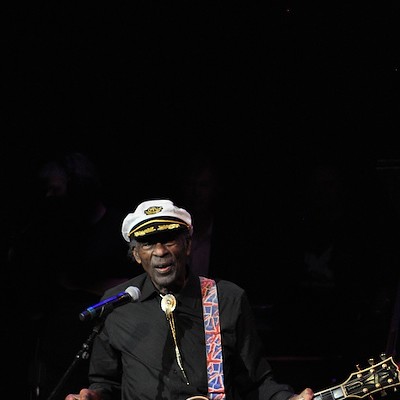 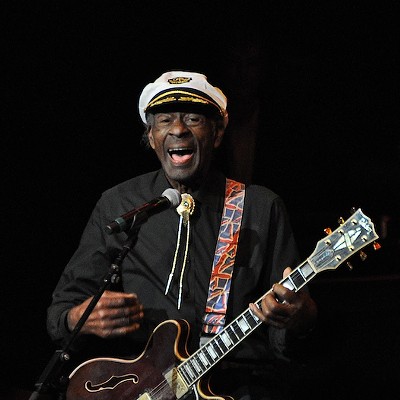 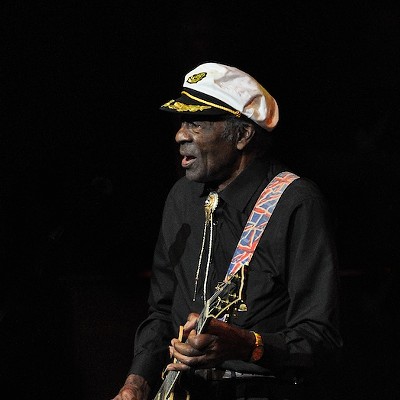 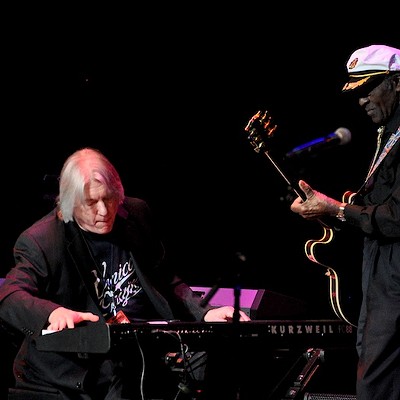 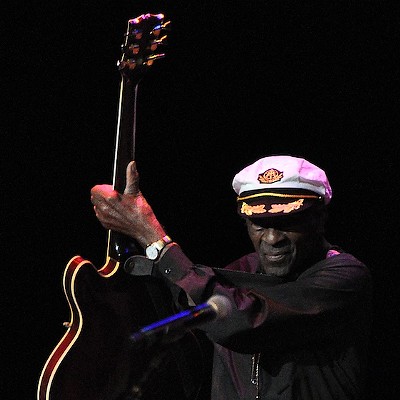 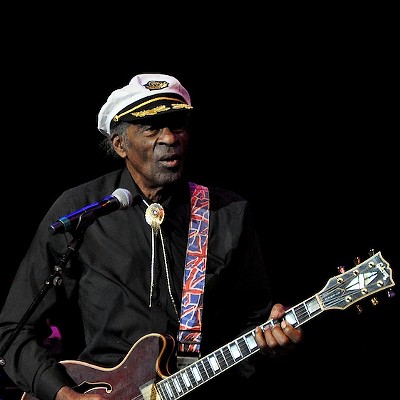 When singer-guitarist Chuck Berry turned 60, he held a birthday concert that attracted the likes of Bruce Springsteen, Keith Richards, Eric Clapton and Robert Cray. You’d think at least a few of those A-list stars would be on hand for the Rock Hall’s week-long American Music Masters Series tribute to the man, which culminated last night in a gala concert held at the State Theatre. But for whatever reason, big-name acts weren’t in attendance, even though Berry himself was scheduled to close out the night. Granted, the American Music Masters Series is as much about education as it’s about entertainment, but you’d still think at least a few of rock’s major acts would have contributed a video-taped acknowledgement. After all, they all owe a debt to the man. While that didn’t keep the crowd away (the concert was sold out), it did create a bit of impatience on the audience’s part — at one point someone yelled out “we want Chuck!” during the middle of one of the show’s many slow segments.

The concert began with an introduction by Rock Hall CEO and President Terry Stewart, who described Berry as the “guy who put all the [rock 'n’ roll] pieces together.” Clearly a fan, Stewart revealed his personal connection to Berry’s music when he said he wished he could live inside a Chuck Berry song, a sentiment he returned to at several points throughout the concert. Stewart then promised that the show would be like a “freight train” but given the slow changes between sets, his metaphor wasn’t quite appropriate. Filling in for indie rocker M. Ward, who had to cancel because he was sick, Blasters singer-guitarist Dave Alvin started the show off with a solid performance and he was followed by Texas bluesman Ray Sharpe, who was equally solid, nailing the gritty guitar work of Berry's “No Money Down.” While the New York Dolls David Johansen and Motorhead’s Lemmy Kilmister brought star power to the show, it was little known Americana singer-pianist John Fullbright who really shined on his contribution, a moody rendition of “Downbound Train.” He certainly wasn’t eclipsed by singer-guitarist Malina Moye, a guitar virtuoso who twirled like some kind of dervish during her performance, which came off rather poorly.

Country icon Merle Haggard, one of the bigger names on the bill, drew a strong ovation and sounded great even though he initially complained when his guitar wasn’t properly plugged in. “Don’t mess with Merle,” yelled one supportive fan before Haggard began to play. While inductees Ernie Isley and Darryl “DMC” McDaniels get an A for effort for the collaboration on a revamped “School Days,” lines likes like “to all you kids who wanna be cool/Chuck Berry says stay in school” came off as heavy-handed and seemed out of sync with the show’s overall approach. The build-up to Berry’s show closing performance was laborious at times, and the man’s closing performance was ultimately rather anticlimactic. On “Johnny B. Goode,” he sang so far away from the microphone, that you could barely hear his vocals and he had to restart the beginning of “Reelin’ and Rockin’” after missing a few notes. “I’m 86 years old and glad to be anywhere,” he yelled mid-song. But give the guy credit for showing just how limber he still is. Despite the musical miscues, he pulled off his signature duck walk move without any trouble at all.