Concert Review and Slideshow: Chris Isaak at House of Blues 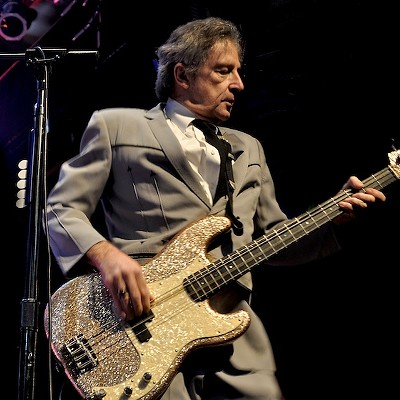 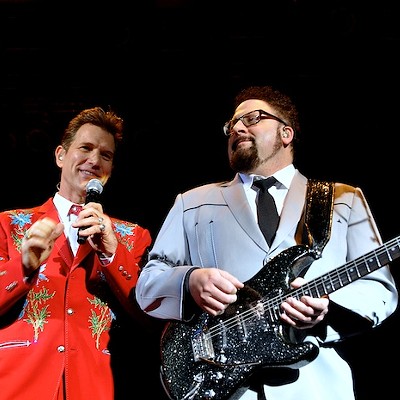 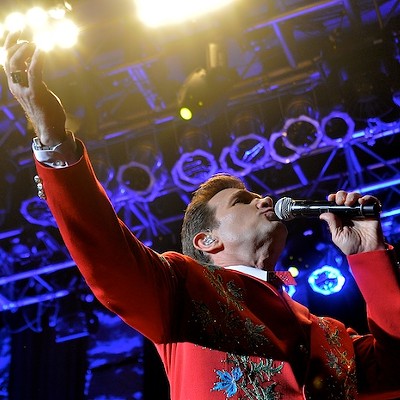 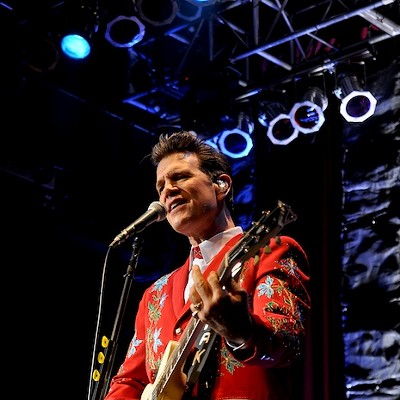 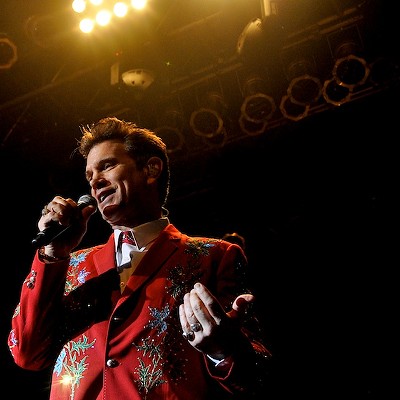 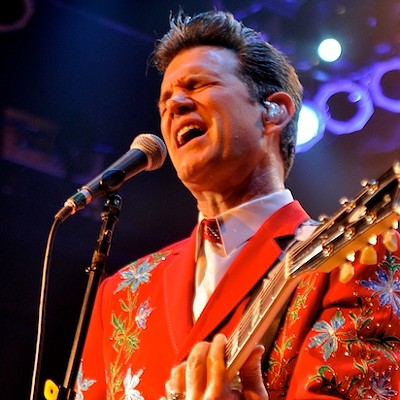 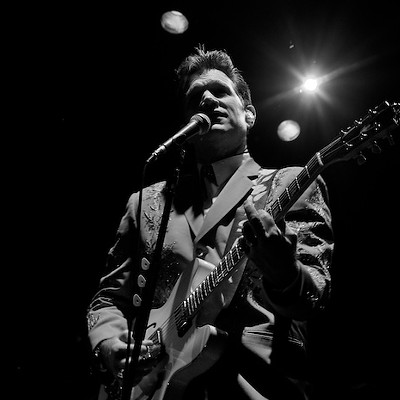 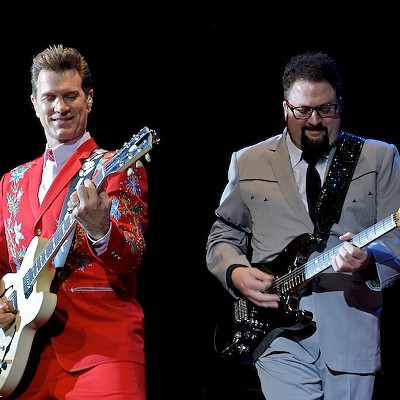 Add a few more hits to the mix and singer-guitarist Chris Isaak is ready for Vegas. He’s got the flashy attire (bright red Western suit that was exchanged at concert’s end for a metallic silver one), the band (a bunch of old guys who can play just about any classic early rock tune) and the charisma (at one point, he walked into the crowd to serenade the people in the pit). Playing last night at House of Blues, Isaak demonstrated the degree to which he’s become a showman, something that was only amplified by the crowd-pleasing covers he chose to include.

Isaak’s terrific voice showed no signs of wear as he evoked Roy Orbison on the rockabilly number “Blue Hotel” and then offered up some old-time R&B with “All I Want is Your Love.” “It’s been awhile since I’ve been to Cleveland,” he acknowledged at one point. “But I always have a good time, even though I almost got shot once. I think it was the suit.” While Isaak’s biggest hits, “Somebody’s Crying” and “Wicked Game,” came off as a bit perfunctory, Isaak picked up the tempo again for “Best I Ever Had,” an upbeat, poppy number. And he really vamped during the fun “Baby did a Bad, Bad Thing,” another one of his most recognizable tunes, for which he brought a few women from the audience onto the stage so that they could dance. Isaak kept things rolling when he dipped into a few choice covers from the Sun Records catalogue (his latest album is a collection of covers by the likes of Elvis Presley, Jerry Lee Lewis, and Johnny Cash). He brought out the stand-up bass for a cover of Cash’s “Ring of Fire” and he then offered a faithful rendition of Elvis Presley’s “Can’t Help Falling Love” before closing the set with Lewis’s raucous “Great Balls of Fire.” The hits kept coming in the encore, which included his rendition of Orbison’s “Pretty Woman,” a song that sounded a bit hollow in Isaak’s hands. Isaak probably catered too much to the crowd, but he came off as such a good-natured guy, it was hard to hold that against him.