Concert Review and Slideshow: Scott Weiland at House of Blues 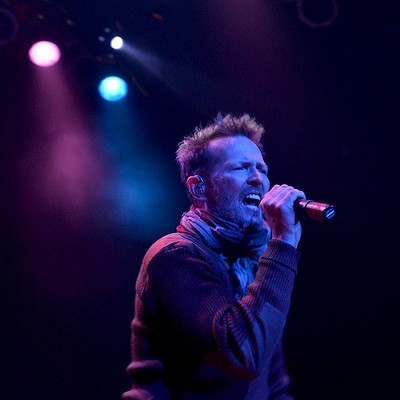 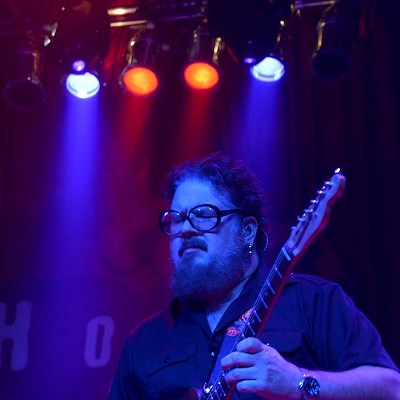 Last month when Stone Temple Pilots singer Scott Weiland announced he’d be revisiting the first two STP albums on a solo tour, his STP bandmates issued a statement saying that he had been “terminated” from the band. Weiland, for his part, has maintained that he’s still a member of the band. But given his erratic performance last night at House of Blues, perhaps the STP guys made the right decision. Weiland, who has struggled with drug addiction issues in the past, stumbled and mumbled his way through a sloppy two-hour set that only really came together at the very end.

After arriving on stage a good 45 minutes later than expected, Weiland, who grew up in Northeast Ohio, told the audience he was happy to be “home” and mumbled something about Cleveland being a “rock n’ roll city.” (Later in the set, he would refer to Jacobs Field and former Browns quarterback Bernie Kosar in another bit of barely audible banter). While holding a cigarette in one hand, Weiland sounded sharp on the grunge-y STP track “Wicked Garden” and delivered a hard rocking rendition of David Bowie’s “Jean Genie.” But he didn’t have the vocal chops for Jane’s Addiction's “Mountain Song,” which fell flat. And the STP classic “Big Empty” lacked the nuances of the studio version. He also faltered on the STP tune “Interstate Love Song,” which was delivered as if were being played by the Allman Brothers or some kind of jam band. After a lengthy break, Weiland and his four-piece band returned to play a cover of the Doors’ “Roadhouse Blues” for an encore and Weiland strutted confidently across the stage and appeared more energized than he did for the entire night, capping off a strange show with a surprisingly strong finale.