This Week In Creeps: Naked Burglar and Truth-or-Dare Rapist Edition 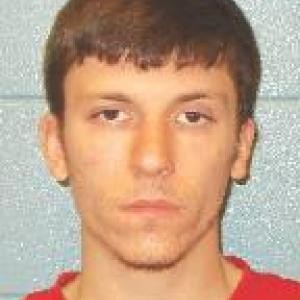 Here’s what we call the “Cleveland pickup”: man meets girl at corner store, asks her out, and when she refuses, shows up at her house completely naked asking for money and/or sexual favors.

A 16-year-old girl says that she met perpetrator Steven Walton at a store near her E. 148th street home, where he asked how old she was and if she wanted to go downtown with him before he handed her a $20. So far, so good. Textbook Casanova. Women can’t resist cash and downtowns, fellas!

But then Walton showed up at the girl’s house “buck naked,” her mother told reporters—because she is sixteen and this isn’t Newsies, she lives with her family—and then punched open a window. A little forward, but still in the game!

But then he came inside and said, “I want what I’m due or I’m going to [expletive] you up!” No one likes getting shitted up, so the girl, her sister, and her mother ran upstairs and locked themselves in a room and IT WAS EXACTLY LIKE THE MOVIE PANIC ROOM STARRING JODIE FOSTER. According to a real news source that isn’t us:

The mother, who at this point was terrified, ran upstairs to join her daughters in the locked room, never realizing she’d have something in common with actress Jodie Foster in the movie "Safe Room." [sic] It was in that locked room that the family called for help.

So jelly they jumped on that reference first.

Police arrived shortly thereafter and, though Walton had fled, found him at his home and arrested him.

Well-played, Steven, but we gotta hand first place for creep of the week to Vermilion resident Aaron Moriarty, an 18-year-old who was arrested Monday for (technically) raping a 12-year-old girl in a wholesome, light-hearted round of truth or dare before church.

The girl’s mother told police that Moriarty bragged on Facebook about how he “got sex” from her on April 8th, when the girl and two friends met up with Moriarty after school and one of the girl’s friends “dared” her to “perform a sex act” on Moriarty before he was due to attend “a church function.” Jesus, what happened to, like, snorting Pixy Stix or eating marshmallow-ketchup sandwiches or trying to order pizza from 911?