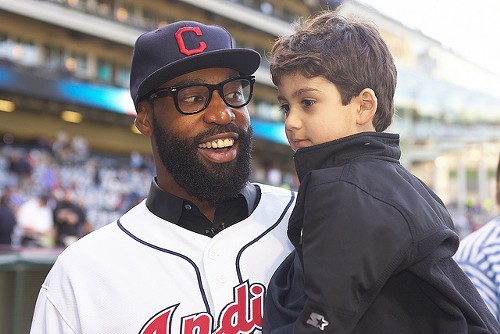 "I was actually abducted by aliens like two weeks ago," a nonchalant (and definitely not high) Baron Davis said on The Champs with Neal Brennan and Moshe Kasher podcast released yesterday. Davis averaged more than 16 points and 7 assists in his 13 season career and joined the Cavaliers in 2011.

According to the story, an exhausted Davis was driving from Las Vegas to Los Angeles late one night and somehow ended up in "this fucking steel thing," prodded at by aliens he described as "half human, half fucking ugly motherfuckers." That's about as much detail as you'll get, but it's still an entertaining story.

You can check out The Champs podcast here.

Davis came to the Cavs, along with the future first round draft pick later used to draft Kyrie Irving, in February 2011 from the Las Angeles Clippers for Mo Williams and Jamario Moon. He played in 15 games for Cleveland, averaging 14 points and under five assists, before being waived that December.