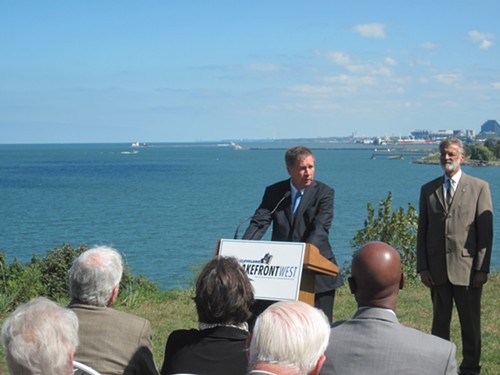 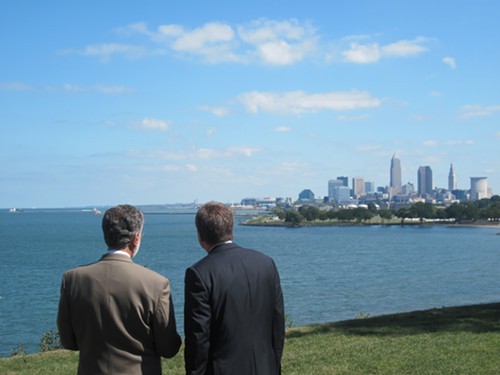 Brace yourself: West side commuter complaints are coming. ...Remember when the filming for Hollywood opus Captain America 2 shut down the West Shoreway for two weeks? So much fun.

All that madness is worth a quick reminder before getting into the nitty-gritty of the plans surrounding Cleveland's Lakefront West development. Like the Innerbelt festivities and the Opportunity Corridor silliness before it, this west side plan boasts enough political capital to rouse the guvnah from his Columbus quarters. That's right: A crowd of all the most important people gathered today to listen to Gov. John Kasich talk about Cleveland's titillating transportation prospects. And how!

The Lakefront West plans date back about a decade (or more than half a century, but we'll get to that in a minute). The general scope of the project involves converting the West Shoreway from freeway to median-spiked boulevard. The overhaul will run from Clifton to the Main Avenue Bridge.

By the time the whole thing is completed in the summer of 2015, the speed limit will drop from 50 to 35. According to ODOT, which ignores the fact that drivers typically top out around 65 or so on the shoreway, that should add no more than 75 seconds of driving time into and out of the city. In Kasich parlance, each commuter will get a couple of bonus verses out of their favorite Katy Perry tune.

Also in Kasich parlance came the financial commitment from the state to help fund this thing. The city will kick in $4 million, but Kasich ensured Mayor Frank Jackson that the remaining city-backed $3 million won't need to come from Cleveland coffers. "Keep it in your pocket, mayor. You don't need to spend it."

He said that the turnpike will issue nearly $1 billion in bonds this fall, which will benefit costly road-and-bridge projects across the state. The Lakefront West project will pick up about $40 million via ODOT. 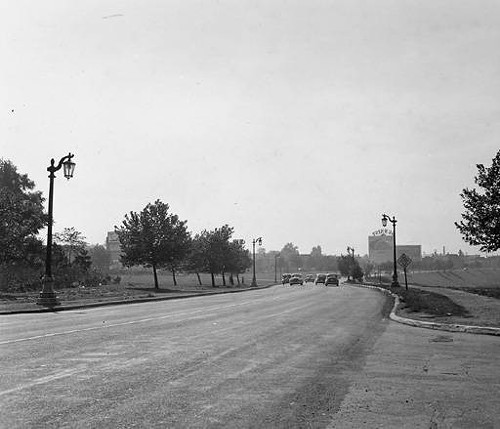 Outgoing City Councilman Jay Westbrook was yukkin' it up as the media gathered atop Edgewater Park for all of these announcements, though he did get serious for a moment to deliver a well-received historical perspective. He pointed out that a tree-lined West Shoreway actually predates its current freeway iteration. Prior to the transportation revolution of the 1950s, the thoroughfare was called Bulkley Boulevard

"It's time now that we take it back - that we return this to the community," he said. The crowd, comprising city leaders and residents from throughout the immediate community, applauded. One major stakeholder, though, was notably absent as the cheers ripped into the west side wind.

Henry Gomez at the PD drew a salient point in highlighting the fact that the West Shoreway lies squat in the middle of gubernatorial challenger Ed FitzGerald's territory. Guess who wasn't at the media event today?