An Ohio dog was recently found emaciated and dehydrated, his skin covered with infection, and he had heart worms. Authorities report that Joseph the German Sheperd had been chained to a Middletown, OH tree by his owner for four straight years.

Meanwhile, Joseph's former owner, Jeremy Shane Temple, faces animal cruelty charges. He allegedly left the poor dog chained to a tree in his backyard with no more than a few scraps of food and minimal access to water.

He also apparently told his neighbors, who questioned after the dog's depleting state, that Joseph had a rare disease that made him look emaciated.

When an arresting officer asked Temple about Joseph, Temple allegedly said, "The dog is not human," the Huffington Post reported.

Temple has since been fined and released, but is expected back in court later this month.

Joseph is expected to make a full recovery. He's now enjoying some TLC from the fine folks at PAWS. You can check out his latest status on his Facebook page and can even consider adopting him. 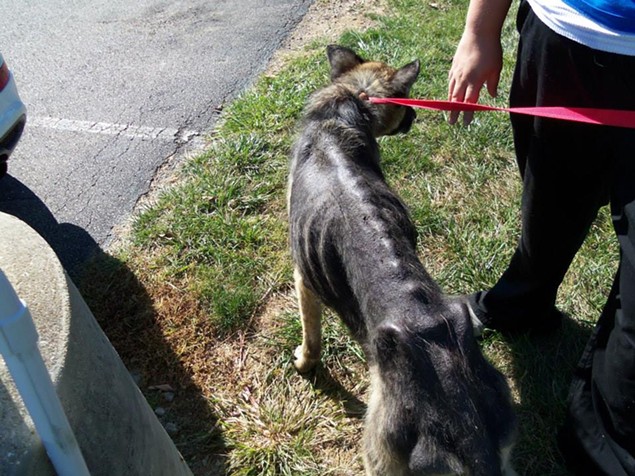