November 08, 2013 at 3:55 PM
comment
The writings of Edgar Allan Poe don't exactly lend themselves to rock musicals. But that didn't stop the folks at Shadowbox, a Columbus-based theater company, from composing The Masque: The Stories of Edgar Allan Poe.

Tonight at 8 at the Breen Center for the Performing Arts, that original score will be performed live during a full-length rock ballet featuring the local dance troupe Verb Ballets.

The ballet will tell the story of Poe's creepy The Masque of the Red Death, which will form the overarching story. Expect to see references to Poe's other famous short works, including The Fall of the House of Usher, The Bells and The Raven. Tickets are $23 to $28.

We went over for a sneak peak this afternoon, and were pleasantly surprised. Here are some of our photos from this today's dress rehearsal. 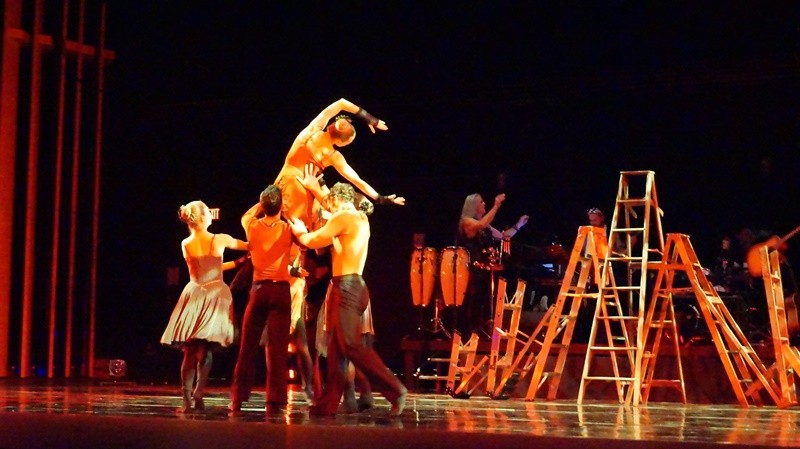