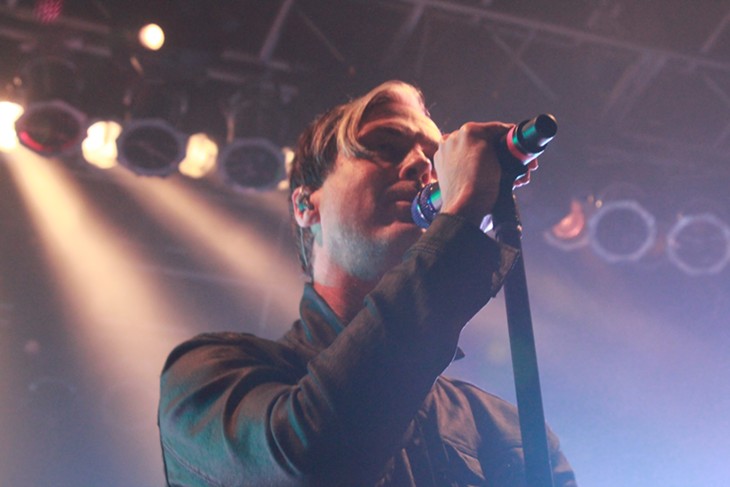 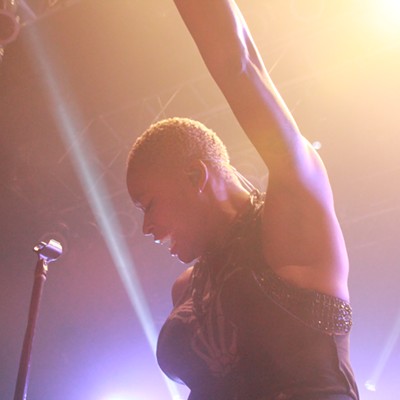 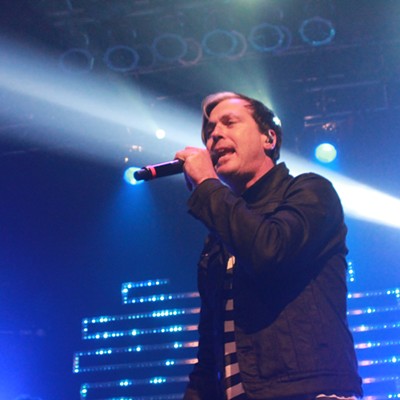 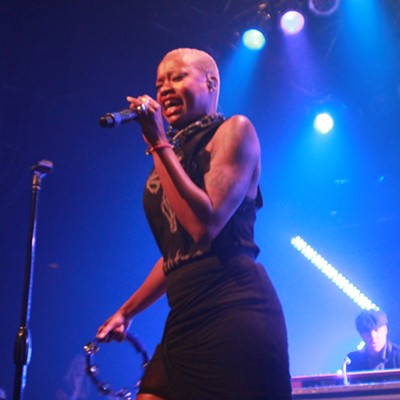 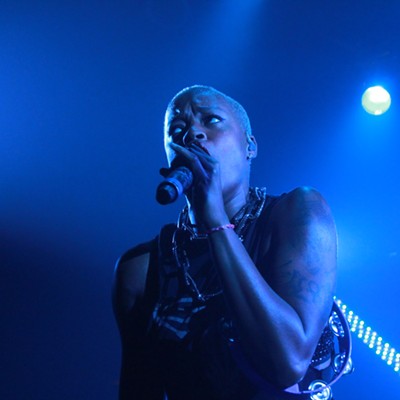 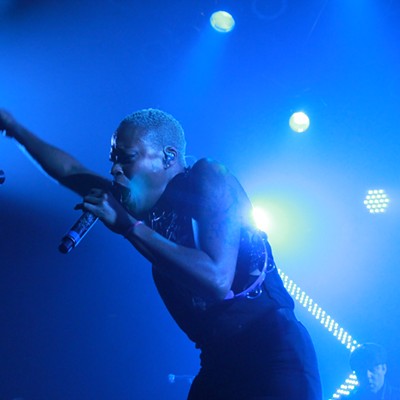 Just a year ago, indie soul outfit Fitz and the Tantrums was playing in front of hipsters at small clubs. Thanks to the success of “Out of My League,” the catchy synth-pop single from the band’s new album, More Than Just a Dream, the group’s popularity has dramatically escalated. Last night’s show at House of Blues was sold out well in advance. Seasoned veterans who really know how to work a room, the guys (and gal) in the band really thrived on that energy, turning the concert into a dance party. Just how much the band’s audience has changed (middle-aged patrons have replaced the hipsters) was apparent when singer Fitz asked how many people had seen the group on its previous swing through town. “Only two of you,” he laughed when there was only a smattering of applause. And yet that didn’t faze the band as it cut loose in a terrific good 80-minute set.

The group started the show with the high-energy “Get Away” and then followed it up with the equally intense “Don’t Gotta Work It Out.” Fitz and lanky backing singer Noelle Scaggs had some great chemistry and often danced in unison (though their moves never seemed too choreographed). With his parted hair sculpted cheek bones looks a bit like Talking Heads singer David Byrne, Fitz makes for a great frontman. He regularly engaged the audience and constantly kept the band on its collective toes. When not playing the poppy material from its new album, the band went back to its previous album to play Motown-inspired numbers such as “Breaking the Chains of Love” that featured spirited sax solos. While the band slowed a bit mid-set for the ballad Fools Gold,” it quickly picked up again and finished strong with “L.O.V.,” a song that featured a terrific jam at the end that found the band’s two horn players facing off in a duel. As Fitz encouraged crowd members to “lose your fucking minds,” the band started its two-song encore off with “MoneyGrabber” and put a punctuation mark on the proceedings by dropping confetti from the ceiling.

Opener Capital Cities proved plenty capable of turning House of Blues into a dance club too. The band ended its furious 40-minute opening set with “Safe and Sound,” its synth-pop hit that sticks in your head like a TV jingle. The nerdy guys didn’t have much stage presence but they sure knew how to construct a pop hook.

C-Notes Fitz and the Tantrums House of Blues Slideshow